Valérie Quiniou, former Director of Climate Change for Total Group, joined the Environment and Energy Management Agency in June 2019 as Executive Director of Foresight and Research. She will be committed to contributing to the Agency's expertise on climate change adaptation and mitigation.

A graduate of the Ecole Polytechnique and a naval architect, Valérie Quiniou has spent her entire career in the energy sector.

His career began in the Research & Development department of Bouygues Offshore before joining Total Group, first as a specialist in oceanography and meteorology. Among other things, she had the opportunity to work on wind and solar projects as well as on studies of thermal energy from the seas or wave power before being appointed "climate change director" in 2016. She mainly conducted various prospective analyses and was involved in discussions related to the place of gas in the future energy mix. Valérie Quiniou coordinated the three editions of the Total Group's Climate Report and represented the Group on the international scene, particularly at the various COPs. 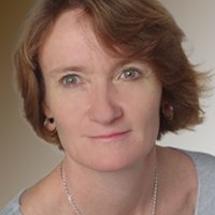