Claudio is trained as a lawyer and holds a Degree in Law from the University of Milan and a Master’s Degree in Advanced International Legal Studies from the Universities of Verona, Catania and Geneva. In January 2010, he was awarded the Ph.D. in law from Queen Mary, Centre for Commercial Law Studies, University of London. His thesis focuses on "Intellectual Property and Environmental Protection of Crop Biodiversity under International Law".

Since October 2007, he has worked for the International Institute for Sustainable Development (IISD) as an editor and writer of the Earth Negotiations Bulletin, a publication that covers developments on multilateral environmental processes and conventions. Previously, he was Ph.D. Fellow at the United Nations University - Institute of Advanced Studies (UNU-IAS) in Yokohama, Japan, contributing to the Biodiplomacy Programme. Claudio has also collaborated in different capacities with non-governmental, governmental and intergovernmental organisations, including inter alia: the Foundation for International Environmental Law and Development; the UK Intellectual Property Office; the European patent Office; the Legal Office of the UN Food and Agricultural Organization; the Global Crop Diversity Trust; and the UN Environmental Programme. 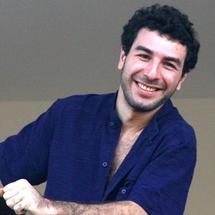 The SDGs are an opportunity for biodiversity

Emerging and unresolved issues: the example of marine genetic resources of areas beyond national jurisdiction