At the French Ministry of Europe and Foreign Affairs, Marcel Jouve has worked on development issues as advisor for cooperation and cultural action in 4 countries (Kenya, Philippines-1992-2000, Namibia and Gabon-2003-2010) and on environmental issues, first in the field of chemicals and waste (PIC, POPs and Basel) and within the framework of the OSPAR convention (2000-2003), then as head of the biodiversity and forests cluster (2010-2015). In the latter position he participated in the preparation of Rio+20, has participated in numerous negotiation meetings (CBD, CITES, Barcelona Convention for the Protection of the Mediterranean, IPBES) and was national focal point for IPBES.

Previously, he had been in charge of studies in the fields of land action and territorial planning in rural areas within the Ministry of Public Works. 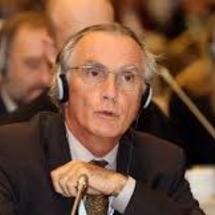 A good working basis in the making. How to handle the zero draft of the Post-2020 Global Biodiversity Framework