Raphaël Billé joined the Secretariat of the Pacific Community (SPC) in Noumea in January 2014 to take on the position of RESCCUE Project Coordinator. RESCCUE, a five-year project funded by AFD and FFEM, aims at setting up innovative financial mechanisms for integrated coastal zone management in Pacific Island Countries and Territories. Before joining SPC, Raphaël was for 7 years the Director of the Biodiversity and Climate Change Adaptation programmes at IDDRI. In this capacity he planned and supervised activities on a wide variety of topics ranging from high seas biodiversity governance to tropical deforestation, from climate adaptation policies to biodiversity economics and coastal zone management.

Holding a PhD in environmental management (AgroParisTech) and two masters in urban & regional planning and environmental economics, Raphaël Billé started his career as Scientific Attaché at the French Embassy in Pakistan, before joining UNDP in Indonesia as a Junior Professional Officer in charge of the Biodiversity portfolio. He later established himself as an independent consultant and was contracted mainly by IUCN, bilateral cooperation agencies and international organisations. He was a lecturer at Sciences Po (Paris Institute of Political Studies) on Biodiversity Policies until he left Paris in 2014, speaks French and English fluently and has a working knowledge of Spanish. 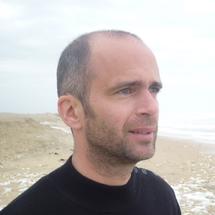