The end of 2020 seems to have marked the closure of a cycle of political turbulence that started in 2016 with the Brexit referendum and the election of Donald Trump as the President of the United States. The European Union, which could have emerged from this period in a much weakened condition, has instead been strengthened, having established a clear long-term project for European societies and for Europe’s place in the world: the Green Deal. While the Covid-19 health crisis has frustrated the hopes and expectations of 2020, which was due to be a year of major momentum for environmental multilateralism, the coming year gathers opportunities brought by the Green Deal for an ambitious ecological transition and renewal of the globalisation, but also geopolitical challenges. France, which will hold the EU presidency at the start of 2022, will have to contribute to the diplomatic resolution of several of these key issues, in close alignment with the 2021 Portuguese and Slovenian presidencies and in coordination with Germany, whose presidency has just ended, particularly on the issue of trade where it has sought to bring about change.

Towards a multilateral cooperation aimed at a sustainable recovery: European countries take responsibility

Even though by the end of 2020 other major economies have also affirmed the goal of carbon neutrality (China, Japan, South Korea), the European Union and the United Kingdom have assets and responsibilities this year to lead the discussions on the alignment of economic recovery with the objectives of an ambitious ecological transition. Italy and the United Kingdom will chair the G20 and G7 in 2021, and are cooperating in the organisation of COP26 on climate (with Italy organising a pre-COP). Prior to COP15 on biodiversity, to be held in China, France is mobilising public and private actors to raise biodiversity ambitions, with the One Planet Summit on January 11 focusing on this subject, as well as holding the IUCN World Conservation Congress, which has been postponed twice and is now scheduled for September.

Financing post-Covid-19 reconstruction in the African continent will be another major issue in the coming year. Thanks to last December’s conclusion of two years of political negotiations on ACP (Africa-Caribbean, Pacific)/EU relations, the way ahead seems clear for the EU and the African Union to establish a new partnership at the EU/Africa Summit to be held this year, which will be preceded in spring by a summit in Paris on the financing of African economies.

In terms of sustainability standards for public and private finance, 2021 will be a decisive year during which it will be vital for European actors to confirm, make credible and then promote the high environmental value of action, both public (recovery plans in line with the Green Deal’s ecological transition ambition) and private (sustainable finance taxonomy, voluntary standards within the financial sector). For this to occur, EU countries and the United Kingdom must not only be exemplary in terms of the major economic decisions in the coming months, but must also ensure that they take the lead. While the economic impacts of the crisis are stronger in Europe than China, it is nevertheless essential to ensure that internal political trade-offs continue to bet on a profound ecological transformation of the European economy, otherwise there is a risk that the lead will be taken by the major Asian economies or American financial actors. This is also a challenge in terms of European financing for sustainable development in Africa, where beneficial virtuous competition could emerge with Asian financial actors that operate on the continent. The resistance and timidity that may have surrounded recent discussions on the European sustainable finance taxonomy are therefore a miscalculation, as we approach the mid-term of the current European Commission, and if we want to give Vice-President Timmermans the means for ambitious climate diplomacy, towards a pioneering positioning for the EU in globalisation.

Renewing the rules of globalisation - which diplomatic strategy for Europe?

One of the driving forces behind the international push for ambitious climate action is the Green Race for innovation and transformation towards carbon neutrality. The impetus fuelled by successive announcements from China, Japan and South Korea in autumn 2020 confirmed that the planet’s major advanced economies, including Europe, are entering into a dynamic of cooperation, but also of competition to gain first-mover advantage. Such a dynamic must be based on both the respect of multilateral trade rules and the collective increase in the ambition of environmental and social standards, but also on the bold strategies of each major bloc: the European Union, which stakes the future economic viability of its development model on ecological transition, will only be able to position itself in this context by developing its trade doctrine.

The European Commission chaired by Ursula Von der Leyen has asserted itself very early on as “geopolitical”: new concepts must therefore be added to the European Union’s commitment to respect trade rules for the benefit of all. Strategic autonomy, economic sovereignty, trade as a means of fostering sustainable development: are all concepts that have started informing the thinking of European decision-makers,1 and due to the Mercosur agreement, the year 2020 saw notable developments in certain Member States, particularly the Dutch parliament, towards giving greater emphasis to sustainable development in trade agreements.

The position taken by the new Biden administration in this area will also be fundamental, and it will necessarily involve a return to greater multilateralism and an inbuilt reticence towards Chinese competitors, but perhaps also those of Europe. Transatlantic dialogue will be decisive in avoiding one-to-one confrontation between Brussels and Beijing. The announced bilateral agreement between China and the EU on investment ostensibly contains solid environmental and social ambitions.2 But this is only one stage in an extremely tense negotiation process, which is all the more important given that it will also soon be necessary to find some form of agreement on the regulation of the massive amount of State aid mobilised in exceptional circumstances to exit the crisis.

The EU is also expected to reach an agreement on the Carbon Border Adjustment Mechanism, announced as early as 2019 and which should be the subject of a Commission proposal before June 2021. If negotiations go well, especially with countries such as China and the United States where carbon markets have already been implemented and which are therefore potentially interested in similar measures, the EU will be able to use it as a tool to advance domestic ecological ambitions, avoiding both relocation and carbon leakage, and providing a collective impetus on a global scale. However, if ill-conceived and poorly negotiated, leading to legitimate criticism from the poorest countries which could perceive it as a non-tariff barrier to their EU exports, and used by major emerging countries as a rebuke to the EU by claiming that environmental ambition is only possible at the price of a return to protectionism, then such a mechanism could also risk internally protecting sectors that are insufficiently ambitious. The EU’s climate and trade diplomacy will therefore have to play a complex game, setting the pace for possible forms of innovative cooperative arrangements that benefit the climate.

The EU and its Member States, even as they take responsibility for multilateral cooperation for common goods and for renewing the collective rules of globalisation, must therefore adopt a geopolitical strategy that also serves the EU’s own interests. This presupposes, as the French President emphasised at the United Nations General Assembly and at the Paris Peace Forum, that Europe should be the architect of a conceptual revival linking the legitimate demand for security and protection of populations subject to acute crises and profound long-term structural changes, with the ambition for transformation that is essential if we are to keep within planetary boundaries.

For several years Germany has campaigned to bring the climate issue to the UN Security Council. Conceptual proposals have been put forward that link health, food, environmental, political and economic security, and which make it necessary to consider security not only as a national issue, but also as a global issue, thus giving rise to a question of “global security”.3 The analytical lens of security could be extremely productive as a means of anticipating the strategic positioning of other world regions in relation to the Green Deal. This is reflected in the changing energy security relations between Member States and with other major regions, in a world where renewable energy will dominate:4 declining dependence on oil producers, new areas where resources for the production of key equipment are scarce, network and data security issues for the management of an electrified economy, while the EU has chosen a specific path in terms of digital security with the GDPR. However, this new concept of security must not be based simply on national borders, but must also allow for new consideration of interdependencies, indispensable cooperation and also the forms of security needed by EU citizens and the planet to ensure their prosperity, while maintaining the values of inclusion and openness that the continent has rightly championed. Given that these reasons are regularly overturned in favour of national security issues, this conceptual battle, in which global commons are given their full importance, is therefore a key issue both within the EU and at the level of the international community. European think tanks will need to actively structure this debate within and between Member States, and with other global players, because it will shape the strategic thinking of leaders, the reactions of public opinion and international institutions. 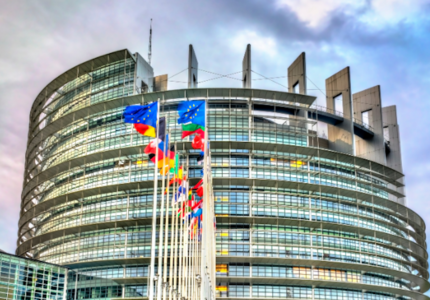 The EU Climate Law’s key governance question: why could the EU use a climate watchdog?