Carine de Boissezon is EDF’s Chief Sustainability Officer since July 2019. As such, she deploys the Group’s corporate social responsibility strategy, translated today in the company’s raison d’être: carbon neutrality, preservation of resources, well-being and development.
During her 5 years as Chief Financial Officer of EDF's International Division, she was able to reconcile the Group's technical, environmental and social expertise, with the financing of the Nachtigal hydropower plant in Cameroon, which will represent 30% of the country's production, and whose innovative financing was recognized in 2018 with the "PFI Global Multilateral Deal of the Year" award.
Previously, Carine de Boissezon served as Investors & Markets Director and spearheaded the launch of EDF's first “Green Bond”* in 2013. Since then, the Group has issued four additional “Green Bonds”, for more than 6.7 billion euros. Carine started her career at Morgan Stanley in London as a research analyst
in the utilities sector. She graduated from the Paris Business School (ESCP).
In 2017, she received the "Leading Women Award" from the World Business Council for Sustainable Development. 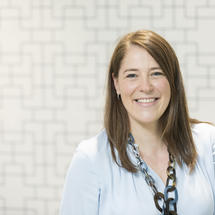