A former graduate in Maths (Ecole Normale Supérieure) and Political Sciences (Institut d’Etudes Politiques de Paris), Claire Tutenuit is an Ingénieur au Corps des Mines.
She started her career in the Ministry of Industry in 1982.

She joined business in 1987, first in the sector of environment (Compagnie Générale des Eaux, now Veolia) and later in the aerospace sector (Matra, now Airbus), where she spent 10 years with business development and strategy responsibilities. Since 2001 she has been an independent consultant in strategy and organisation in these same sectors.

She has been the Délégué Général of Entreprises pour l'Environnement (EpE) since the end of 2005. The French partner of the WBCSD, EpE is a think tank of some 40 companies that share the vision of environment as a source of progress and opportunities. 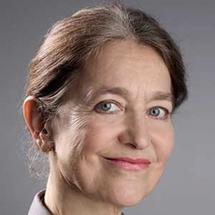