Elisabeth Claverie de Saint Martin has been appointed President and CEO of CIRAD by the Council of Ministers on 16 June, on the proposal of Frédérique Vidal, Minister for Higher Education, Research and Innovation, and Jean-Yves Le Drian, Minister for Europe and Foreign Affairs. She will be the president of the board of directors and the general manager of the institution for five years. She succeeds Michel Eddi, whose second term has ended.

Until her appointment, Elisabeth Claverie de Saint Martin had been CIRAD's Deputy Director General for Research and Strategy since 2018. Alongside Michel Eddi, she defined the institution's scientific and partnership policy in conjunction with the three directors of CIRAD's scientific departments (ES, Persyst, Bios*), the ten regional directorates abroad and three in France (Montpellier-Occitanie, Antilles-Guyane, Réunion-Mayotte). During her term of office, she worked with CIRAD's teams and partners to build the institution's scientific and partnership strategy for 2019-2023. 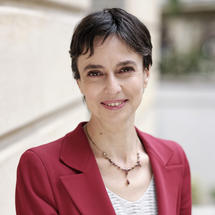