Since April 2017, Dr. Jean-Francois Soussana is Vice-Chair for international of INRA, which became INRAE as of January 2020 (French National Institute for Agriculture, Environment and Food, www.inrae.fr), after being Scientific Director for Environment since 2010. He obtained his PhD in plant physiology at USTL Montpellier in 1986 after an engineer degree in agronomy. After becoming senior scientist at INRA, he became the director of a research lab on grassland ecosystems and global change until 2009. Since 1998, Dr. Soussana is member of the Working Group II of IPCC and was Lead Author for the 3rd, 4th and 5th Assessment Reports and of the Special Report on climate change and land. He contributes to scientific expertise for FAO (e.g. State of Food and Agriculture, 2016) and is a member of the Science Group of the UN Secretary General Food Systems Summit to be held in 2021. He coordinates national and European (EC FP5, FP7 and H2020) research projects on climate change, soils and agriculture. He co-chairs the Integrative Research Group of the Global Research Alliance on agricultural greenhouse gases and the Steering Council of AgMIP, an international modeling program on climate change impacts on agriculture. Dr. Soussana is member of the Climate High Level Council reporting to the French Prime Minister, member of the governing boards of the Joint Programing Initiative on agriculture, food security and climate change (FACCE JPI, 22 countries) and of the Mission Board of the EC on soil health and food. He is also a member of the Scientific and Technical Committee of the initiative ‘4 per 1000. Soils for Food Security and Climate’. Dr. Soussana was a highly cited researcher (Clarivate Analytics, 2018). He has published over 180 refereed research papers in international journals, cited close to 25,000 times (Google Scholar), as well as two books and a dozen of book chapters. He was awarded a shared Nobel Prize for Peace (2007) (with all Lead Authors of IPCC AR4), the French civil merit for Agriculture (knight 2009, commander 2017), the Légion d'Honneur (knight, 2020) and the gold medal of the French academy for agriculture (2011). 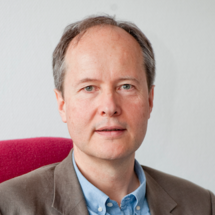