As Director of Research Emeritus at CEA, Jean Jouzel’s work has primarily focused on the reconstruction of past climates based on analyses of Antarctic and Greenland ice cores. He contributed to the reports by IPCC (joint recipient of the Nobel Peace Prize 2007), where he was Vice-Chair of the scientific working group from 2002 to 2015.

From 2001 to 2008, he was Director of Institut Pierre-Simon Laplace. He has published more than 400 articles, including around 300 in international publications. He has received many awards and decorations for his work. With Claude Lorius, he received the CNRS gold medal in 2002. In 2012, he shared the Vetlesen Prize with Susan Solomon, equivalent to the Nobel Prize in the field of earth science. In 2016, he was elected as a foreign associate member of the United States National Academy of Sciences (NAS). 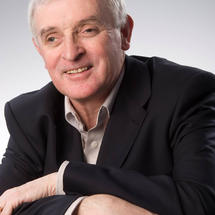