Julia Marton-Lefèvre is an independent expert on sustainable development. She is a board member of NGOs, foundations, universities and private companies. She is currently Chair of several organisations, including the Board of Directors of Bioversity International Alliance and CIAT (International Center for Tropical Agriculture), the Executive Committee of the Tyler Prize for Environmental Achievement, the Donors' Council of the Critical Ecosystem Partnership Fund, and the Strategic Orientation Board of the French think tank IDDRI. The governmental members of IPBES (Intergovernmental Platform on Biodiversity and Ecosystem Services) elected Julia as a member of the IPBES Bureau in 2019.
Until January 2015, Julia Marton-Lefèvre was Director General of the International Union for Conservation of Nature (IUCN), the world's largest conservation and environmental network. As Director General, she was also CEO of the IUCN Secretariat.

Prior to her 8 years at IUCN, she was Rector of the United Nations University for Peace (UPEACE), whose main campus is in Costa Rica. UPEACE is an international university that offers courses, case studies and research on issues related to peace, conflict and environmental security.
Prior to this, Julia Marton-Lefèvre held several positions. She was the Executive Director of LEAD (Leadership for Environment and Development) International, a programme set up by the Rockefeller Foundation to bring together and train mid-career leaders from all over the world and from different sectors to build their skills to best address sustainable development issues.

Julia Marton-Lefèvre has also served as Executive Director of the International Council of Scientific Unions (ICSU) based in Paris. ICSU is a non-governmental organisation that brings together two categories of organisations: academies of science, which are national bodies, and scientific unions, which are international and disciplinary organisations.
She started her international career working for the United Nations Environment Programme (UNEP) and also worked in Paris at Unesco as an international environmental education programme expert. 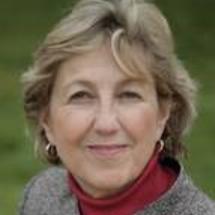