Philippe Cury, a marine ecologist, is Director of Research at the Institut de recherche pour le développement (IRD) and IRD's representative to the European Institutions in Brussels. He is President of the Scientific Council of the Oceanographic Institute of Monaco.
He has published more than 130 articles in the main international journals (Science, PNAS, TREE, Ecology Letters, etc.) and produced 21 books or book chapters. He has received several awards including the Philip Morris National Scientific Prize in 1991 (Life Science Prize), the French Oceanography Medal obtained in 1995 from the scientific committee of the Prince Albert Monaco Oceanography Museum, the Gilchrist Award obtained in 2002 (South African Marine Award) and the 2012 Trophy for the best scientific achievement at Ifremer, the scientific achievement of the IRD in 2013 and the Tregouboff Prize of the Academy of Sciences in 2014, Paris. He is a Knight of the Legion of Honour and a Knight of the Order of Saint Charles Monaco. He is the author of the book "Une mer sans poissons" published by Calmann-Levy and translated into Japanese, Chinese and Catalan in 2008 and "Mange tes méduses" published by Odile Jacob with Daniel Pauly in 2013 and translated into English in 2021. In 2017 he co-edited the book "l'Océan à découvert" published by the CNRS and in 2020 the manifesto of the Natural History Museum. 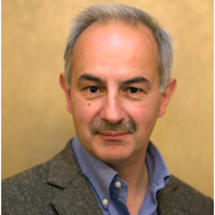