Dr. Imme Scholz is deputy director of DIE since 2009. Before, she headed the department on environmental policy and natural resource management at DIE, and introduced work related to climate change into the institute’s research and policy advisory. She was a member of the German Council for Sustainable Development 2013-2016. In 2015 she joined a CCICED task force on greening China’s South-South Cooperation. She has published extensively on several topics at the interface of environment and development, including the 2030 Agenda and the SDGs, adaptation to climate change, and sustainable forest use. In the 1980s, she studied sociology at the Freie Universität Berlin where she did her doctorate in 1999 after joining DIE in 1992. Between 1999 and 2002, she was on leave and worked for German development cooperation as an environmental policy advisor in the Brazilian Amazon. 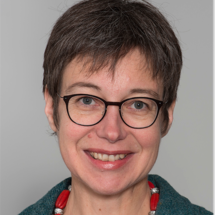 EU to the rescue: Priorities for a positive multilateralism