Judith Voss-Stemping is a research fellow in international climate governance. She works on the implementation of the Paris Agreement and on climate and energy governance at the EU and Member State level.

Before she joined IDDRI, Judith worked at the German Environment Agency (UBA) in the section “Climate Protection”. She conducted projects in the field of non-state climate action, raising climate mitigation in key sectors and countries and the engagement of stakeholders in climate discussions (e.g. World Wide Views on Energy and Climate 2015).

In addition, she was a member of a European expert group to the UNFCCC on scientific questions and the German Delegation to the IPCC. She holds a Master of Science in “European Economic Studies” from University of Bamberg and a Diploma in business administration from European University of Applied Science Rhine/Erft. 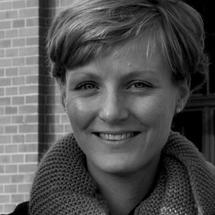 Raising and strengthening EU climate ambition: Priorities and options for the next five years

A new era for the IPCC

European governance for Climate and Energy

Nature-based solutions in the Mediterranean region