Lord Nicholas Stern became the I.G. Patel Professor of Economics and Government in 2006, Director of the India Observatory and Chair of the Grantham Research Institute on Climate Change and the Environment. He is also President of the British Academy (since July 2013).

Nicholas Stern has held positions at several universities in the UK and worldwide. He was Chief Economist at the European Bank for Reconstruction and Development (1994-1999) and the World Bank (2000-2003). He was head of the UK Government Economic Service (2003-2007) and produced the Stern Review, an analysis of the effects of climate change on the world economy. In 2004, Nicholas Stern was knighted for services to economics and became a cross-bench non-party political peer in 2007, under the name of Baron Stern of Brentford. His most recent book is A Blueprint for a Safer Planet: How to Manage Climate Change and Create a New Era of Progress and Prosperity (Bodley Head, 2009). 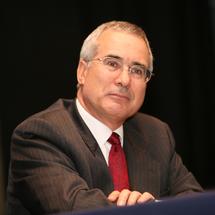