Sáni Zou joined IDDRI in July 2014, as a research fellow in Climate Finance within the Climate Programme, in preparation of COP21 in 2015.

Prior to joining IDDRI, she was junior economist and policy analyst at the OECD Development Co-operation Directorate (DCD-DAC), where her work spanned across topics on climate finance, development finance and green growth. In this capacity, she travelled in Southeast-Asia, East-Asia, North-Africa, the Middle-East and Europe, and worked with bilateral and multilateral finance institutions, international organisations, national policymakers and NGOs.

She graduated from the London School of Economics in MSc Environment and Development, and holds a joint honours degree in BSc Mathematics and Economics from the University of Warwick (United Kingdom).

She has been living in Paris since 2012, and speaks fluent Mandarin Chinese, Hungarian and English. 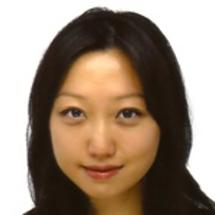 Mapping issues and options on climate finance in 2015

Mainstreaming climate change in the financial sector and its governance: A necessary and timely evolution

Mainstreaming climate change in the financial sector and its governance: Identifying opportunity windows