“The European Green Deal is both the EU’s new growth strategy and a plan to make Europe the world’s first climate-neutral continent by 2050.”1 It is first and foremost a domestic agenda of structural transformation but it also states that all EU actions and policies should support the objectives of the Green Deal. What does this mean for the EU’s external action? Europe has long been criticised for not offering a clear vision of what is the underlying political project of the partnerships it offers to the rest of the world, contrary for instance to the Chinese Belt and Road Initiative. The Green Deal has the merit to not only be a project for Europe, but also for Europe in the world. What are the conditions for the Green Deal to embark Europe’s partners, among which in particular Africa, in equal terms partnerships?

A first analysis of the Green Deal and the Communication “Towards a comprehensive Strategy with Africa” gives some ideas that sound promising, but will need to be followed by actions and diplomatic efforts to convince partners that an external action in the service of the Green Deal is in their mutual interest.

The Green Deal sees the EU’s role as one that is leading by example. On the one hand, it intends to give the EU a first mover's advantage in the green transition, in terms of innovation, development of standards (such as the taxonomy on sustainable finance) etc., that it can export. This structural transformation project for the economy of the whole continent is supposed to avoid exporting unsustainability to developing countries. On the other hand, the Green Deal aims to trigger a global race to the top, raising standards globally in the long run, not only at the EU level. The leadership taken up by the EU could evolve into a project to reshape a vision of globalisation that is no longer about competition to attract investors at whatever social and environmental cost and is focusing more on cooperation in order to raise standards everywhere, renewing the notion of soft power, not relying only on the magnitude of the internal market.

This entails that the Green Deal should also be an active diplomatic agenda. Last December Commission’s communication speaks of a “green deal diplomacy”2 and of the necessity to forge alliances. It especially mentions an alliance with China and next September scheduled EU-China Summit as a lever for action. In addition, an EU-Africa alliance should be further elaborated in a strategy taking into account more specifically climate and environmental issues.
The “Towards a comprehensive strategy with Africa” Communication clarifies, from a diplomatic point of view, the EU’s expectations to cooperate on multilateralism and common agendas around mutual interests, among which it cites climate action and digitalisation governance. “Together, Africa and Europe form the largest voting bloc in the UN”, the strategy continues, and these forces should be pooled to continue to support the implementation of the 2030 Agenda for Sustainable Development and the Paris Climate Agreement. Concretely, the EU proposes to establish a structured trilateral AU-EU-UN cooperation across these shared interests and offers in return to support ways to give Africa a stronger voice in the UN and also to support the African Union’s application for enhanced observer status in the WTO.

As the EU-Africa strategy lies out, the EU and its Member States are Africa’s biggest partner “on all accounts, be it in terms of investment, trade, official development assistance, or security”. However, the European “offer” to the African continent is quite scattered and lacks a clear brand compared to other partners such as China (clear offer on infrastructure development). The Green Deal could become a defining feature of this European brand for international partnerships.  Although the Green Deal is explicitly mentioned only once, the EU-Africa strategy stresses that the partnership should be based on a clear understanding of mutual interest and lists the development of a green growth model first in its long suggestion of shared interests. Furthermore, the EU suggests to build its comprehensive strategy with Africa around five partnerships: “green transition and energy access”, “digital transformation”, “sustainable growth and jobs”, “peace and governance”, and “migration and mobility”.

The overarching objective of the partnership for green transition and energy access is to enable the pursuit by African countries of a “low-carbon, climate resilient and green growth trajectory” which concretely means avoiding lock-ins in inefficient and carbon intensive technologies, gearing investments towards scientific capacity building and resisting new investments in coal power plants. According to the document, it also means building on Africa’s vast natural capital for nature-based solutions to climate change mitigation and adaptation, but also to reduce pressure on this natural capital via the launch of a ‘NaturAfrica’ initiative. The strategy furthermore cites the development of a circular economy as a priority that requires cooperation on a responsible raw materials sector and on clean industrial value chains with high environmental and climate standards.

Moreover, a EU support to smart urbanisation models to tackle pollution is announced in the strategy. And a suggested partnership on agriculture is framed in a holistic way that reminds of the latest recommendations of the Global Sustainable Development Report.3 The strategy states that the two continents should work together to tackle SDG2 on zero hunger and food security while developing sustainable agri-food systems. It explains that the EU will therefore support environmentally friendly practices and take into account biodiversity concerns, as well as promoting local production. It also states that trade agreements should be used as an opportunity to support sustainable food systems.
While the partnership for green transition and energy access paints a pretty clear and ambitious picture of what the EU has to offer, whether the Green deal could really become the European brand for external affairs also depends on whether the other partnerships will support or undermine the aspirations of this first partnership.

Taken all together, the overall picture concerns the whole structural economic transformation of the countries in the continent, and not only some specific subsectors. The new Commission shows a real commitment to developing a new partnership with Africa, as shown by Ursula von der Leyen’s two trips to the African Union’s headquarters in her 100 first days of office.
As for Africa, a report by UNECA4 sheds light on the following needs and priorities: structural transformation of the economies; the impetus given by the project of a continental free trade area;5 access to job and fighting inequalities as a major issue on top of poverty, which means institutions building and particularly fiscal space; infrastructures for connectivity and sustainable access to food, energy, water; adaptation to climate change; an economic space for Africa in globalisation. Although there is some overlap of interests, the order of priorities might be different: first, peace and security issues, then the implementation of the African Continent Free Trade Agreement and related infrastructure development.6

Why would a partnership that prioritises the green economy be attractive for African countries, when they might want to prioritise cheap and rapid access to electricity through coal, or exploit offshore oil and gas to trigger development, and choose lower sustainability standards on infrastructure to develop them faster? Forging the EU-Africa partnership around the Green Deal can give a first mover advantage to both parties and avoid the risk for African countries to become locked in into unsustainable development pathways that do not pay out in the long run. Diversification of the economy is critical in this respect as being too dependent on fossil fuel extraction or other non-renewable resources can actually play out as a disadvantage. In the energy sector, the Green Deal has a lot to offer and not only through leapfrogging by technological exchanges on renewable energy. Access to electricity can be made more equal through non centralised renewable energy production than through centralised fossil intensive energy production, for example. Moreover, cooperation around energy efficiency which is a key dimension of the energy balance in African development has a lot to offer. As for infrastructure development, integrating sustainability criteria could be seen not just as an administrative burden but as an opportunity to improve the quality of the project.

Finally, in terms of agriculture, the EU has still a long way to go to transform its own agri-food system so that it responds to SDGs 2, 3, 15 and 13 at the same time. That is where the challenge lies for the Farm to Fork Strategy7 in the Green Deal, and the EU and Africa could learn together and also have a structured dialogue of what this transformation means both for their inner markets and in terms of trade relations between the two continents. The same is true for the other structural transformations that the EU has to undergo if the Green Deal is actually to be followed by actions.
Therefore, much dialogue is needed to convince all partners that climate mitigation and sustainability are not constraints to development, but a trigger to question the social and long-term impacts of development choices, in both continents.

Once this dialogue generates clear pathways, the financing issue should follow. The Green Deal reaffirms the willingness to introduce a mainstreaming target into the next European budget that dedicates 25% to climate action. This target should also apply to the Neighbourhood, Development and International Cooperation Instrument (NDICI). And civil society calls for a more ambitious 50% mainstreaming target for climate and environment.8 Although the more the better, we should not discuss things in the wrong order. Beyond top-down targets, triggering dialogue around long-term sustainable development pathways should be the priority. An EU external action in the service of the Green Deal should therefore mean supporting a structured, inclusive and science-based dialogue in partner countries around the development of such strategies. In the Addis Ababa Action Agenda, Member states agreed: “that cohesive nationally owned sustainable development strategies, supported by integrated national financing frameworks, will be at the heart of efforts”. As highlighted by the 2019 report of the Inter-Agency Task Force on Financing for Development, such country-owned financing frameworks “look at the full range of financing sources and non-financial means of implementation available to the country and set out a financing strategy to raise resources, manage risks and achieve sustainable development priorities.” So far, only few countries have developed such integrated frameworks9 and the EU could support countries in first structuring this dialogue on sustainable development priorities and then in developing these integrated frameworks. The strategy also calls for a more joined-up approach between EU financial instruments and European development finance institutions.

These frameworks could then also guide investments. The EU is the largest investor in Africa (with a foreign direct investment stock reaching EUR 222 billion according to the EU Africa strategy). EU instruments, such as the External Lending Mandate, the African, Caribbean and Pacific Investment Facility and, more recently, the European External Investment Plan, have unlocked new investments in Africa. The strategy makes it clear they do include investments in clean energy but also admits that an overall “shift towards more responsible and climate neutral investments” needs to be accelerated.
Structural transformations undertaken in Europe within the Green Deal should and will impact the EU’s external action. In this context, the Green Deal recognising the need for a green deal diplomacy and alliances is encouraging, as is the EU-Africa strategy putting these priorities high on its agenda. Dialogue is now needed on the implications for the EU’s external action, including for trade, international cooperation and investments. A convincing narrative on what is in for African partners is also needed to keep these priorities up for the next EU-Africa Summit.

ETTG Webinar - In French and English, with simultaneous traduction 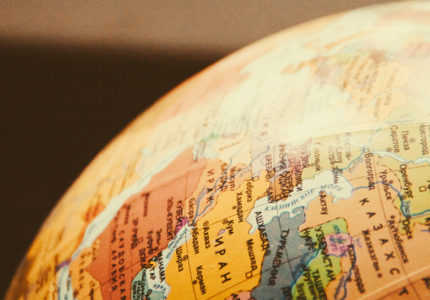 Towards a new Africa-Europe partnership after the Corona crisis

What type of global governance could improve the fight against zoonotic pandemics?

Review of the High-Level Political Forum: towards a pivotal institution coordinating the Decade of Action and Delivery