Launched a year ago at the initiative of the Netherlands, the Global Commission on Adaptation’s implicit aim was to raise climate adaptation’s political profile, thus speeding up action to prepare for climate impacts globally. The Commission’s flagship report,1 released two weeks ahead of the UN Secretary General Climate Summit in NY, spells out the case for adaptation, outlines priorities for action and kicks off a ‘year of action’. What are the report's main takeaways and why was it necessary?

Climate change poses two challenges to our societies: we should try and mitigate the climate breakdown by reducing our greenhouse gas emissions, while preparing for the inevitable impacts our past emissions will have on climate, our ecosystems, and our societies. While the world cannot claim to have solved either challenge to date, mitigation tends to have garnered since Rio’s 1992 Earth Summit more political attention than adaptation. Why, as Christiana Figueres said, does adaptation tend to be the “Cinderella of climate change”?2

The Commission lines up a stellar cast of 34 current and past ministers, CEOs, mayors, headed by former UN secretary general Ban Ki-moon, businessman Bill Gates, and CEO of the World Bank Kristalina Georgieva. Together, they lend their credibility and political weight to the flagship report, which can be seen as an accessible “primer” on adaptation, highlighting the best known examples of the adaptation literature and with few new contributions. In this sense, the report complements the existing authoritative publications on climate impacts and adaptation: the IPCC’s scientific Assessment Reports have conducted impact assessments of climate change since their first edition (1992), while the United Nations Environment Programme has produced ‘Adaptation Gap’ reports since 2014. But the gap that the Global Commission’s report aims to fill is about setting guidelines for adaptation and spurring action globally, by building coalitions between governments, businesses and civil society. This is reflected in its title: “Adapt now: a global call for leadership on climate resilience”.

Coverage of the report focused on the compelling economic case for adaptation globally, as new analysis showed that every $1 spent on adaptation could see between $2 and $10 of net economic benefit, and yield human and environmental benefits. It also shows that current adaptation efforts are insufficient, that they should be led at the local, national and global levels—which echoes both that adaptation is a global concern (IDDRI, 2015), and that transboundary cooperation on adaptation may be required (IDDRI, 2018). But the key contribution of the report is to spell out the key systems that need to better integrate adaptation considerations in terms of planning and financing, and to define initiatives along 8 action tracks: (1) finance and investment, (2) food security and agriculture, (3) nature-based solutions, (4) water, (5) resilient cities, (6) locally led action, (7) infrastructure, and (8) preventing disasters. The Commission also names partner organisations for these tracks and pledges to advance various initiatives under them. The objectives of these initiatives can seem vague, but interestingly the Commission sets itself an accountability mechanism by launching a “Year of action”, and inviting readers to take stock of progress made in these eight tracks at an Adaptation Summit convened in the Netherlands in October 2020.3 This is all the more valuable as the policy and research community is currently at pain to explain how it will assess progress against the global adaptation goal as part of the 2023 Global Stocktake mandated under Paris Agreement. Since there are no commonly agreed ‘adaptation metrics’ and country reports are unlikely to provide reliable and consistent bottom-up information, IDDRI lays here some first thoughts towards building a global adaptation progress tracker.

How does the 2020 Adaptation Summit fit in with the UNFCCC negotiations? As COP26 in December the same year will likely focus on the mitigation efforts countries are pledging through their enhanced NDCs and long-term strategies, the Summit could support the often sought-after ‘balance’ on international governance of mitigation and adaptation. The Commission itself has no formal mandate from the UN, although 20 developing and developed countries (e.g. China, Senegal, United Kingdom) committed to work with it. The report sidesteps key issues under negotiation (loss and damage) or avoids focusing on the international finance transfers issues. This makes it both more widely accessible to decision-makers and a wider audience alike, but could also make it easy for UNFCCC delegates to dismiss the outcomes of the 2020 Adaptation Summit.

One of the Commission’s message is that there is no competition between mitigation and adaptation: we need to do both. Reaching net zero emissions globally, as the Paris Agreement invites us to, entails deeply rewiring the way we live and produce things. While we work on this, let’s make sure that the transition also accounts for the inevitable impacts our past and current emissions commit us to. 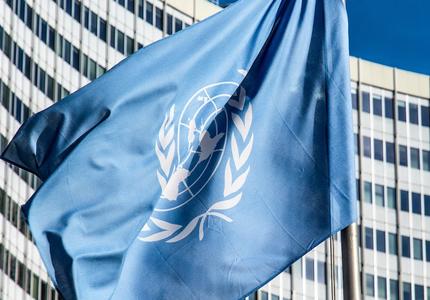 The New York Summits: a complex but essential political momentum