The social and economic crisis linked to the Covid-19 pandemic is announced for most countries as deep and long. Whatever the uncertainties on these prospects, we can only welcome the mobilization by the governments of public funds at very important levels and with promptness, in order to safeguard employment, to relaunch the economy and to support investment. The French recovery plan (officially presented this week), like those of Germany and the European Union, is in line with this logic. However, how will it be possible to effectively combine economic ambition with social and environmental ambitions? This blog post points more specifically to the challenges of implementing and monitoring the commitments.

Towards a fairer and more ecological reconstruction?

Beyond the calls for a change of model and the declarations on the urgent need not to rebuild economies identically, the social urgency of the impacts of the health crisis is glaring (risks of unemployment, poverty and vulnerability) and is a priority for public authorities. Trade-offs on stimulus plans are therefore a first major test of the feasibility of a radically fairer and more ecological reconstruction.

This was the case with the announcement of the European Union's recovery plan, in May, by the von der Leyen Commission, which emphasizes the ‘do no harm’ principle, i.e., in the spirit of the European green taxonomy, to refrain from supporting operations that are most contrary to ecological transition, and strengthens the Just Transition Fund. This was also the case with the German recovery plan, announced in early June: it provides for 35 billion euros dedicated to climate investments out of the 135 billion euros of a plan of unexpected financial volume; it includes symbolically strong choices, such as that of favoring a transitional reduction in VAT of 3 points rather than boosting consumption in the automobile sector through a scrapping premium.

In both cases, the political orientation of the plans and the overall distribution of aid are clear and underline the joint importance of social objectives and ecological transition, sending a strong signal to economic actors on the continent, but also in other regions of the world. But it is in the detailed implementation of these trade-offs that the alignment or divergence of these plans with ecological or social objectives will be revealed.

French recovery plan: which directions? Which points of attention?

The French recovery plan, officially presented on Thursday, September 3, contains a combination of rescue measures, economic stimulus and longer-term investments. It provides an organized framework for discussion of all the aid provided to economic players, whereas it was feared that there would be a series of emergency rescue supports, in relation to which it would have been difficult to demand any form of alignment with environmental objectives.

According to the major financial balances announced, this plan makes a significant contribution to the ecological transition (€32 billion out of the €100 billion announced), and focuses on key sectors that are important for both employment and the environment (notably, the energy renovation of buildings and railways). Like the European and German plans, this calls for vigilance on the concrete content of the aid provided that is not explicitly earmarked as green: will it be possible to apply the do no harm principle to them? When it comes to rescuing key sectors (tourism, aeronautics, automotive), to what extent will the aid be accompanied by a monitoring mechanism to initiate the ecological transition? The case of Air France had been particularly discussed since the spring, and led to a commitment not to relaunch domestic routes for which there is a high-performance rail alternative. Beyond this example, commitments and their follow-up mechanisms will be essential for the proper coherence between the recovery plan and the transformation of the economy towards the achievement of social and environmental objectives.

The detail of the plans and the implementation modalities will be absolutely crucial: will the understandable political pressure to spend quickly to boost the economy ensure that these amounts will go to projects that are truly in line with environmental performance? For example, when it comes to energy-efficient building renovation, will it be possible to set up energy performance guarantee mechanisms? Is the sector sufficiently structured for effective and efficient disbursement of aid? In terms of agri-food, will the plans for the development of plant proteins or support for conversion in livestock farming, which are indeed key issues of the National Low-Carbon Strategy (NLCS), be consistent with the clear orientations given by the NLCS in these sectors and confirmed by the Citizen's Climate Convention, or will they serve to reconsolidate existing sectors without engaging in transformation? Studies and analyses1 exist that indicate the critical points of the transition in these different sectors; these critical points will have to be mobilized to ensure that the implementation of the recovery plan is as green as possible: they provide objectives and criteria for calls for projects from the Public Investment Bank (BPI), for territorial projects, for the concrete variations of the sectoral plans; and they make it possible to evaluate and monitor the coherence between the planned investments and the social and environmental objectives in the short, medium and long term.

Coordination at all scales is therefore essential, in particular to let territories and sectors define the most relevant projects and investments to serve the needs of local actors and specific social vulnerabilities, while providing an incentive framework and a clear and coherent horizon at the level of the region, the country and the European Union.

Issues of coherence and cohesion at the European level

It is also in this respect that the announcement of the French plan, and the correspondence of its logic and ambition to that announced by Germany, constitutes an essential political message, offering good potential for coordination between these two countries and with the European plan. The Member States and the Union are therefore continuing along the path charted since the beginning of the crisis, taking into account complex political trade-offs. But this coordination and complementarities will still need to be consolidated: the German plan explicitly provides for European cooperation on hydrogen, and it should be ensured that the French plan also allows for this type of coordination in relevant sectors. Above all, it is necessary to ensure consistency with the stimulus packages developed in the other Member States, for which the European level has a major role to play; it will be essential that national plans are not developed independently of each other, without taking into account reciprocal impacts, complementarities and possible synergies.

What signals are the European recovery plans sending to the rest of the world? Above all, they indicate a clear and stable political direction shared by two of the continent's major economies. Even if the implementation decisions, which get less political visibility, will be decisive in terms of achieving social and environmental objectives, this general direction shows the other major economies of the planet an ambitious economic trajectory of transformation, as was the case with the Green Deal for Europe. This will not be enough to win the support of other countries for the same type of trade-offs, but between peer pressure, willingness to cooperate and coordinate to achieve standards milestones in markets, and competition to be the pioneers of tomorrow's technologies, several mechanisms could amplify this signal on a global scale. This is by no means a sufficient condition to trigger transitions in other countries. But it is a necessary condition, and European players have so far held the line.

The Citizens’ Convention on Climate: how to make the most of the opportunity? 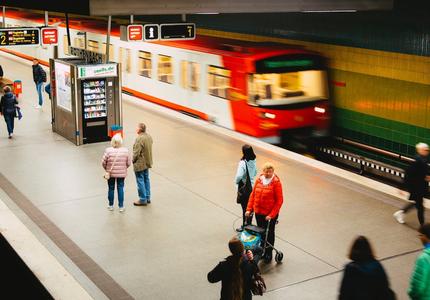