The 15th Conference of the Parties (COP15) of the Convention on Biological Diversity (CBD) will be held in October 2020 in Kunming, China. International negotiations must lead to the adoption of a new post-2020 global framework for biodiversity. The first meeting of the "Open-Ended Working Group on the Post-2020 Global Biodiversity Framework " was held in Nairobi from 27 to 30 August. This was the first formal discussion session on the content of the post-2020 framework, based in particular on a first "mock-up" of its structure and elements, produced by the two co-chairs of the working group (Francis Ogwal of Uganda and Basile van Havre of Canada) on the basis of discussions held during the year. The main outcome of Nairobi is the production of a non-paper describing the structure and possible elements of the post-2020 framework. This text is a draft, subject to comments and modifications, and should lead, next summer, to the version that will be put under negotiation in Kunming in October 2020. What are the key topics of this non-paper, and what negotiating issues do they highlight?

COP15 will be a historic milestone in the history of international biodiversity governance. For two decades now, the international community has been setting very ambitious 10-year biodiversity targets (2010 targets set in 2002, 2020 targets set in 2010) and has been held in check. Despite a large number of international conventions dealing with biodiversity or one of its components, and this for more than half a century, the erosion of biodiversity continues. The reason for this is the relative weakness of actions in favour of biodiversity, compared to the continuous increase in the pressures it is undergoing. Discussions on the future "post-2020 global framework on biodiversity" have been ongoing for almost a year, officially launched at CBD COP14 in Sharm el-Sheikh, Egypt, in November 2018.

All negotiations are structured around key elements, or "pillars", often in interaction, on each of which a compromise must be found between countries. Since COP14, four groups of topics (clusters) have emerged and are to be found in the main sections of the non-paper:

Last year, it was feared that discussions on the post-2020 framework would be limited to the question of post-2020 objectives only (Cluster 1). The CBD secretariat early on wanted to instil the idea that COP15 should be a real change in the international framework, allowing it to have more influence in countries' socio-economic trajectories. Discussions between States seem, for the time being, to be moving towards a renewal of the international framework that is more than just dusting off (the subjects covered in Cluster 3, in particular, may constitute interesting innovations). But the question of how far this renewal can go remains quite open, and the ambition of COP15 is still very uncertain.

The theme chosen by China for COP15 is ‘Ecological Civilization: Building a Shared Future for All Life on Earth’. As with the CBD Secretariat's calls for "transformative change", if we understand that the ambition is to provide a political response to the crisis that biodiversity is facing and that is still being recalled by IPBES this year, what this can mean in practice is far from trivial. The IPBES recalled and prioritised the drivers of biodiversity loss: land use change, overexploitation of species, climate change, pollution, invasive species. To be useful, the new framework adopted at COP15 will need to provide added value to reduce these pressures.

Time is short, but the road is long: what ambition can we expect for COP15?

But how do we do that? A number of Parties, both developed and developing countries, are calling for these five pressures to be reflected in the agreement and to be the subject of specific commitments. Nevertheless, when the discussions enter into "hard times", it is difficult to imagine that quantified objectives on, for example, global agriculture can be easily agreed in the negotiations. Especially since pressures are unfortunately not the subject of a thematic consultation and few concrete proposals are on the table, unlike, for example, the objectives on protected areas, with the idea of a 30% target for protected areas in 2030 which is gaining support.

An additional difficulty in defining ambition: the subjects linked to sectoral reforms have a major impact on countries' development trajectories. Any desire to move towards a more ambitious front will depend on progress on the financial side (Cluster 2), a front on which there is still considerable uncertainty (a report assessing financing needs and possible strategies to mobilise them should only be published next May).

An integrated strategy for addressing pressures would seem the most prudent at this stage: in addition to the issue of objectives and targets, more attention should be paid to the pressures in the transparency framework, but also in the synergies to be built with other sectoral conventions and arenas (see an example here with the case of pesticides and the Stockholm and Rotterdam Conventions), and in mainstreaming issues (i.e. the integration of biodiversity issues into all policies). In addition, more interaction is needed with multi-stakeholder coalitions building around certain sectors—the Action Agenda launched at COP14, albeit still underutilised, could be used for precisely this purpose.

In the Nairobi non-paper, there are 91 discussion points (out of the four clusters and other elements), 34 of which are for Cluster 1 alone, and it is feared that the objectives and targets will take up a very large part of the negotiating time, and that the other subjects will only be subject to a minimum agreement at COP15. As we were already indicating before COP14, as for COP21 and the Paris Agreement, which also marked the renewal of an entire area of environmental governance, it will become quite urgent to make a distinction between the elements to be locked into COP15 and the programmatic elements that will have to be agreed in Kunming and developed in the following years. This will be a key dimension in defining the ambition, and assessing the success, of COP15, and therefore a subject to be urgently investigated.

Post-2020 framework for biodiversity and natural capital: what ambitions and tools for companies and territories?

Defining and achieving a post-2020 ambition: Insights from a conversation in Tokyo 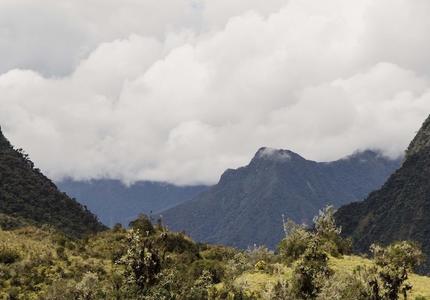