The spirit of the law

The draft Development Law, which is intended to replace the Development Act of July 7, 2014, which had been adopted for a five-year period (2014-2019), is expected to be submitted to the National Assembly for a first reading before the summer. It was recently discussed with members of the National Council for Development and International Solidarity (CNDSI) and the Economic, Social and Environmental Council (EESC). It consists of an explanatory memorandum, nine articles and the global partnership framework in the annex (which sets out the main guidelines, the renewed strategy, the central and local steering arrangements and the results framework for the policy of solidarity-based development and the fight against global inequalities).

The draft law is supposed, in the words of the Minister for Europe and Foreign Affairs Jean-Yves Le Drian before the EESC, to "stop the sprinkling". It firstly confirms the desire to strengthen aid to the most vulnerable countries and the central steering (strengthening the role of the French Development Agency and its supervising authority) of development policy, also in partner countries (establishment of local governance councils under the aegis of the ambassador). It takes up most of the guidelines decided by the Interministerial Committee for International Cooperation and Development (CICID) on February 8, 2018,1 such as the effort to target France's solidarity development policy on sub-Saharan Africa, through the 19 priority countries, and the priority areas (crises and fragility, education, climate and environment, gender equality, health, food security, water and sanitation, inclusive and sustainable growth, and governance).

For the first time, a law on development introduces budgetary provisions: it sets out the programming of appropriations contributing to development policy over the period 2020-2022, with a view to achieving the objective of official development assistance representing 0.55% of gross national income in 2022. Although the draft mentions the historical objective of reaching 0,7 %,2 no date is given; this point has been raised by many stakeholders (NGOs, EESC), who call for the law to clearly mention the 2025 deadline. An early revision clause is indeed foreseen before the end of 2022 on the financial aspect of the law. By 2014 and 2015, French ODA had fallen to 0.37%. The law confirms the increase initiated since 2016, which will be mainly in favour of bilateral aid, and will partly benefit NGOs.

This draft law is the first since the adoption of the three major multilateral agreements of 2015: the Addis Ababa Action Agenda, the 2030 Agenda for Sustainable Development and the Paris Climate Agreement. The reference to the 2030 Agenda and the SDGs is omnipresent at several levels: global reference framework, mention of individual SDGs (SDG6 on water, SDG8 on sustainable growth and SDG17 on partnerships, in particular), and integration of SDG indicators in the results framework; the mention in the very title of the law of the fight against inequalities is in line with this logic.

It is regrettable, however, that these references do not always take sufficiently explicit account of the promises of the 2030 Agenda,3 in particular its integrated nature. The "silo" approach, already present in the previous law, still dominates, whereas the interactions and frictions between SDGs should be addressed. In this regard, the EESC regrets that the link between each priority and the SDGs is not systematically explained ; the link between the various thematic priorities (e.g. biodiversity and agriculture), and between these and the geographical priorities is not specified either. This overall coherence would, however, make it possible to define a truly integrated strategy.

The challenges of an integrated strategy

The issue of public policy coherence is well mentioned in the draft law. However, several actors call for the law to be more precise on the means that will ensure coherence between the objectives and practices of France's development policy and those of its other policies that the law clearly mentions: social, trade, fiscal, migration, security and defence, research and innovation, and support for foreign investment policies. This is not a new issue, but there is a lack of concrete responses, and they go beyond the scope of this law alone.

To what extent can the anchoring of the law in the 2030 Agenda lead to greater policy coherence?

Strengthening evaluation is a relatively strong focus of the draft law with the creation of a new commission, attached to the Cour des Comptes (Court of Auditors). In order to meet the stated ambitions, it will be necessary to ensure that this commission takes ownership of the framework and promises of the 2030 Agenda for these evaluations. Already in some twenty countries, public financial audit institutions are beginning to play an important role in assessing the readiness of governments to implement SDGs both internally and externally.

In addition, article 3 of the law updates the reference framework for public policies carried out by the State and local authorities in accordance with the 2030 Agenda and the SDGs. Will this be sufficient, for example, to reinforce the use of the "Eva Sas" law4 on the inclusion of new wealth indicators in the definition of public policies? It would have been useful to reiterate the CICID's commitment5 to integrate the 2030 Agenda, where relevant, in the construction of the law, by proposing an impact analysis on the achievement of SDGs in the framework of legislative texts and documents, in consultation with Parliament.

Another way of strengthening coherence could be to improve the readability and evaluation of the draft finance bill in the light of 2030 Agenda and SDG indicators. Several countries (Finland, Norway, Colombia, Indonesia, etc.) have embarked on such processes of analysis and alignment of their national budgets with this agenda.

All these avenues should be explored to strengthen the coherence of France's public policies, and more particularly the effectiveness of this law on inclusive development and the fight against global inequalities.

People, environment, and disruption: thinking across diverse scales and contexts

PRODURABLE 2020 trade show: "Defiance and food: what are the challenges for the sector?"

Replay: "Why is the SDG framework so under-used in France?"

Webinar in French, without translation / From 2:30pm to 4pm (CEST)

ETTG Webinar - In French and English, with simultaneous traduction 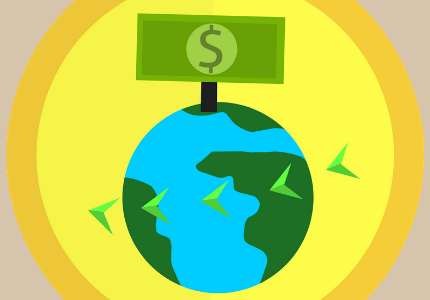