During the National Debate on the Energy Transition and the preparation of the French Energy Transition for Green Growth Act (LTECV, 2015), IDDRI advocated for the creation of a permanent, independent expert committee, capable of informing the public debate with analyses and proposals on the implementation of the objectives to be set by the LTECV.

Although the LTECV did establish an Expert Committee for the Energy Transition (CETE), it quickly became apparent that the limited mandate and
resources of this committee prevented it from fulfilling its expected role in the governance of the transition.
IDDRI then launched discussions on three complementary areas in order to:

Against this backdrop, IDDRI examined practices of European countries that had set up similar bodies. It organised workshops bringing together these committees and the French CETE to set up a network to share experiences, working methods and better understand interactions between public authorities and stakeholders in each country. The publications resulting from this research were used to relaunch the French debate on the need to reform expertise. It suggested that specific lessons can be drawn from the conditions that guarantee the UK Committee on Climate Change, its independence, its capacity for autonomous analysis and its voice.

The announcement in late 2018 of the creation of the High Council for Climate Action (HCC) explicitly refers to this linkage, although its mandates
and resources still need to be clarified.

Michel Colombier, Co-Founder and Scientific Director of IDDRI, and former President of the CETE, is a member of the HCC, which is chaired by Corinne Le Quéré.

In September 2018, a study by IDDRI on the implementation of the SNBC demonstrated the relevance of this kind of approach to public policy assessment, and has since served as a reference for the assessment of French government action. 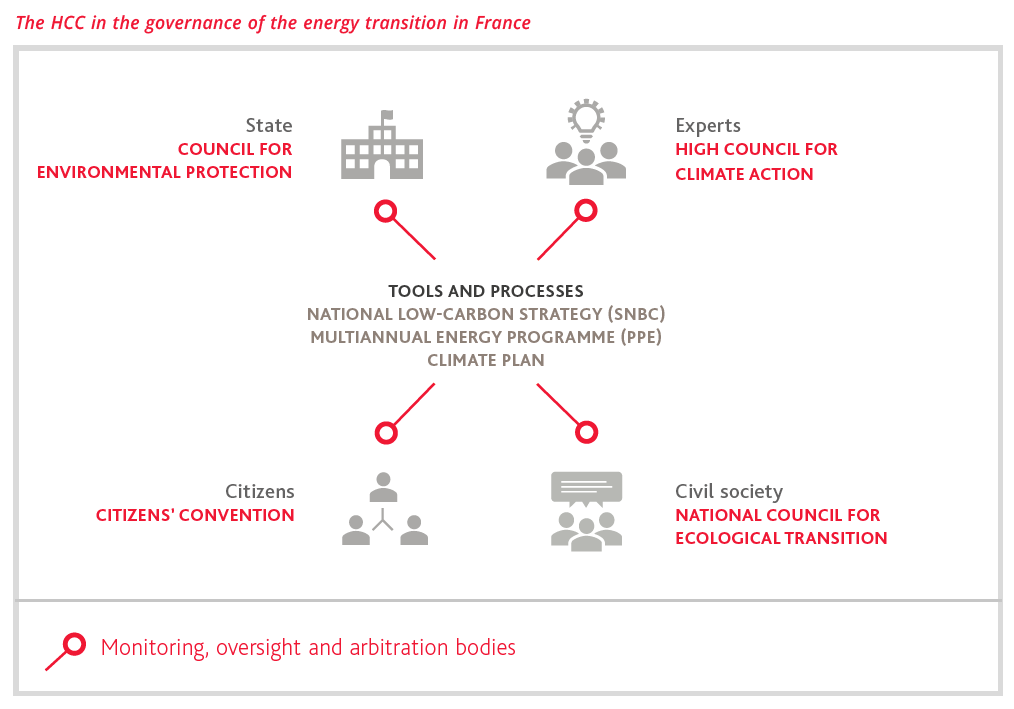