After a doctoral thesis in ecology on the use of prospective studies to develop ecological scenarios for ecosystems, Audrey Coreau joined the French Ministry of Ecology, where she worked on the National Strategy for Biodiversity (SNB) and on the policy for the acquisition, storage and use of naturalist knowledge. She then spent five years developing research on the interfaces between ecological knowledge and public action in the field of biodiversity.

In 2016, Audrey Coreau took part in the creation of the French Agency for Biodiversity (AFB) and then, from 2017 onwards, headed its "National, European and International Strategies" department, with the task of supporting the Ministry of Ecology in drawing up and implementing the SNB, as well as the strategies and policies that support it, and in defining and implementing European directives and international conventions in the field of biodiversity.
In January 2020, the AFB became the French Office for Biodiversity (OFB). Audrey Coreau is responsible for mobilising and supporting stakeholders (local authorities, companies, associations, etc.) and citizens in favour of biodiversity. This involves finding the right vectors to convince them of the need to act in favour of biodiversity, but also proposing methods and modes of action adapted to their own skills and responsibilities. 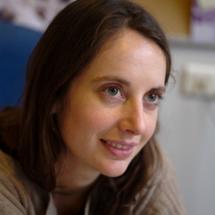