Jean-François Collin is a high-ranking civil servant, Senior Counsellor at the French Court of Audit. After the National School of Administration, he got assignments in management positions in several departments (agriculture, economy, culture and communication). He was technical adviser and then chief of staff of the Minister of agriculture, then of two Ministers of the environment. As such, he was involved in negotiations to reform the common agricultural policy and in the negotiations on climate change.

He was also Deputy Secretary-General of the city of Paris and CEO of bodies of this community, including the public institution created to allow the community to take control of the water supply. He served as Minister Counselor for Economic Affairs at the Embassy of France in India, Russia, Germany and Spain. 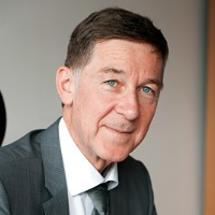