Marie-Laure Salles became Director of the Graduate Institute of International and Development Studies in September 2020. Before joining the Institute, she was Dean of the School of Management and Innovation at Sciences Po Paris, a school she launched in 2016. Before that, she was Professor at ESSEC Business School, where she was also, in turn, Dean of the Faculty and Associate Dean for the PhD Programme. With a PhD in Sociology from Harvard University and a habilitation à diriger les recherches from Dauphine University in Paris, Marie-Laure 5 Salles was, until her arrival in Geneva, Professor at the Centre de sociologie des organisations (CSO) at Sciences Po Paris. Her research interests range from the role of social networks in the transnational diffusion of rules, practices and ideas, to the historical transformation of capitalism and national institutions, with a particular interest for the evolving nature of the social responsibility of firms and for the changing conditions of transnational dynamics of economic governance in the context of globalisation. She has published broadly on those issues in top academic journals and books, and has received several awards, including the prestigious Max Weber Award for Distinguished Scholarship from the American Sociological Association in 2000. Marie-Laure Salles has been a visiting professor in prestigious academic institutions in the United States and Europe. She holds a PhD honoris causa from Stockholm University and was made a Knight in the Legion of Honour by the French Government in 2017. 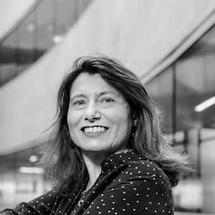