Following the elections in 2019, Pascal Canfin was elected on La République en Marche's Renaissance list. Member of the Renew group, he is elected chair of the Commmittee on the Environment, Public Health and Food Safety.

He was Minister Delegate for Development at the Ministry of Foreign Affairs, from May 2012 and March 2014, where he intended to "make sustainability an imperative for French development policy".

In the very first year of his term of office, projects conducted under the aegis of the French development agency (AFD) saw a major turning point - renewable energies and energy efficiency became one of the AFD's investment priorities. The Agency would no longer be able to fund GMO projects or agricultural investments that did not comply with the FAO's anti land-grabbing principles; and adopted the principle of integrating social and environmental responsibility in its procurement process. In preparation for the COP21 to be held in Paris, Pascal Canfin co-chaired the Commission for Innovative Financing for Climate, mandated by the President of French Republic, and submitted a report entitled, "Raising funds for the climate" in June 2015.

In July 2016, he published a report on Carbon pricing and the EU-ETS reform, calling for a Carbon Corridor, together with Alain Grandjean and Gérard Mestrallet. In the course of his term as Member of the European Parliament (MEP) from June 2009 to May 2012 and again from May to July 2014, Pascal Canfin negotiated various legislative texts relating to financial reform, both in the sphere of hedge fund regulation and bank bonus control. In June 2010, he instigated a call to the community at large by 22 MEPs, a number which subsequently rose to around hundred, to create an NGO to provide a second assessment of activities conducted in the financial markets. In June 2011, the NGO, Finance Watch (which, in fact, was the name of the of the appeal) came into being.

Pascal Canfin qualified in Political Science at Bordeaux and at Newcastle University. He has worked as a journalist for Alternatives Economiques (2003-2009), where he specialised in the field of corporate social responsibility. 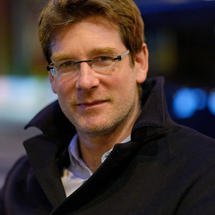