Publications - Events - Podcasts
After an MBA at ESSEC and a Master of Public Administration (MPA) at Columbia University in New York, David Levaï joined the international microfinance NGO ACCION in Washington, DC, where he developed projects in Africa linking access to energy and access to financial services. He continued in this vein at PlaNet Finance in Paris before joining the Ministry of Foreign Affairs in 2013, where he joined the climate negotiations team for COP21. In the preparation of the Paris Climate Accord, he is responsible for mitigation issues.
In 2016, David joined the office of the Secretary of State for Development and Francophonie, where he dealt with the sectoral policies of official development assistance (education, health, gender, climate, ODD, etc.) and European issues. 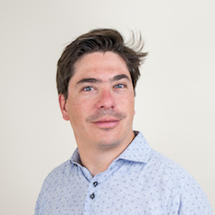 Climate Ambition and Sustainable Development for a New Decade: A Catalytic Framework

Europe’s Carbon Border Adjustment Mechanism: the need for an improved dialogue prior to project finalization

European governance for Climate and Energy