His current research relates to the effects of ocean acidification and warming on marine ecosystems and the services that they provide to society. He also investigates ocean-based solutions to mitigate and adapt to climate change. Jean-Pierre Gattuso led the launch of the Ocean Acidification International Coordination Centre at the International Atomic Energy Agency. He coedited the first book on ocean acidification (Oxford University Press) and contributed to several IPCC products (AR5, Special Reports on 1.5°C of Warming and on the Ocean and Cryosphere). 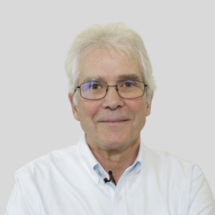 Ocean acidification research in the Mediterranean Sea: status, trends and next steps