Mathilde Mathieu received a Master of Electrical Engineering from the French engineering university Institut National des Sciences Appliquées (INSA) Lyon in 2011. After a year of work in an international company in the field of energy (AREVA), she completed an Advanced Master in Public Policies and Strategies for Environment at the Paris Institute of Technology for Life, Food and Environmental Sciences (AgroParisTech) in 2012. During her studies, she spent one year at the Politecnico di Torino, Italy, in 2007-2008, and a semester at the Instituto Technologico of Buenos Aires, Argentina in 2009.

Mathilde Mathieu joined IDDRI within the Climate program for her master thesis in 2013. During this master project, she analysed and compared national energy and climate scenarios in the preparation of the upcoming European measures to accompany the energy transition. Mathilde’s current work includes climate and energy issues and public policies. 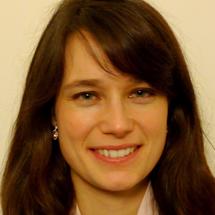 The integration of renewable energy in the French electricity system: what challenges for optimization?

The energy transition in Europe: initial lessons from Germany, the UK and France - Towards a low carbon European power sector