Yann Robiou du Pont was a research fellow in IDDRI's climate team. His work focuses on enhancing the ambition of countries' climate pledges (NDCs) under the UNFCCC, informed by long-term strategies.

Yann obtained his thesis "Climate justice: can we agree to disagree? Operationalising competing equity principles to mitigate global warming" from the Climate and Energy College at the University of Melbourne, in collaboration with PIK in Germany.
He holds a Magister in Fundamental Physics and a Master's degree in "Ocean, Atmosphere, Climate, Space Observations". His previous experiences include: 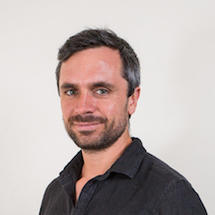 Understanding equity–efficiency interaction in the distribution of global carbon budgets

UNSG Climate Summit: the race is on