“Nobody cares about biodiversity”, said Nicolas Hulot on 21 March at the French National Assembly, hoping to provoke an “outburst of indignation” among Members of Parliament just a few weeks before the presentation of a new biodiversity plan for France. The bad news is that France is not an isolated case. But the good news is that the international agenda will provide the opportunity for such an outburst. Indeed, 2020 is a major deadline for biodiversity, whether for the United Nations Convention on Biological Diversity or for the many large companies that have made commitments to the international community. Faced with results that are likely to be unsatisfactory, a new dynamic is needed: we must avoid at all costs simply reproducing the current system of commitments, which albeit ambitious, are difficult to assess and do not foster accountability. The challenge ahead is to renew the terms of the international agreement and to embed them in a dynamic of corporate commitments, building in particular on lessons from the Paris Climate Agreement negotiations.

The year 2020 will be a key deadline for biodiversity on at least two levels: first, a stocktake will be made of biodiversity policies implemented in the 2010-2020 period in the framework of the Convention on Biological Diversity (CBD) and of the targets the Parties signed in 2010, known as the Aichi targets; second, 2020 is also the year by which a certain number of large companies from the agri-food, timber and rubber sectors, united within the Consumer Goods Forum and joined by the US government and numerous other actors within the Tropical Forest Alliance 2020, have pledged to implement a “zero deforestation” procurement policy.

In the first case, the early indicators for the review are not particularly positive. Only the target of placing 17% of land under environmental protection status (whatever that may be) is expected to be achieved, along with the procedural targets (reporting, development of national strategies, etc.). In the second case, it is even more difficult to make an assessment: actors in the sector confirm that some large companies are in the process of “tracing” the products in their supply chains to eliminate those that contribute to deforestation. But the advance of deforestation and its impact on high-value ecosystems such as the Brazilian Cerrado or the Chaco, especially in Argentina, indicate that these actions have not (yet?) produced a path change at the level of large forest areas or major ecological value ecosystems—to which should be added the ongoing collapse of European biodiversity, as shown by the latest warnings concerning bird and insect populations.

Simply noting non-compliance with most of the targets, and addressing this observation by setting even more ambitious targets for 2030, without a change of approach, would undermine the credibility of public and private commitments

It is time to tackle these issues: just before the deadline, when precise assessments are released, it will be too late to take stock of the shortcomings of governance systems and commitments or to implement major organisational reforms. Simply noting non-compliance with most of the targets, and addressing this observation by setting even more ambitious targets for 2030, without a change of approach, would undermine the credibility of public and private commitments, even though the signs have been accumulating since at least the early 2000s, and governments had already collectively committed to halting biodiversity loss in 2002.

The example of the Paris Climate Agreement negotiations provides some valuable lessons on this issue. In particular, they demonstrate the importance—and difficulty—of articulating individual government commitments, which may be voluntary but are poorly regulated, and centred on the implementation of instruments for transition, with a global benchmark commitment (for the climate, decarbonising the economy and limiting global warming to well below 2°C). This articulation helps to encourage voluntary state commitments, especially through emulation; it also helps to determine whether total collective commitments are equal to the challenge (we know that this is not the case for the climate). This articulation will be difficult to achieve for biodiversity, but is one of the challenges to be tackled.

As we explain in an Issue Brief published a few days ago, initiatives for the reform of biodiversity governance should be organised on three overlapping levels: the level of the system of goals and targets, which needs to be thoroughly renewed to avoid a loss of credibility due to ambiguous targets; the level of the Convention itself, i.e. of commitments the countries agree to make under it; and the level of targeted legal instruments and initiatives (protocols), which could be used in association with the CBD.

Whatever the priorities or approaches to these issues, the fact remains that the 2020 deadline is crucial for the credibility of international biodiversity governance. A major loss of credibility for the CBD would lend credence to the idea that biodiversity policies should only be developed, assessed and also financed at the national levels, without a global benchmark giving everyone a sense of responsibility for the long-term consequences of their choices, and enabling them to hold to account governments and companies of all types in all countries.

The next conference of the CBD will be held in Egypt at the end of this year, and will be the last major meeting before Beijing in 2020. We must hope for, and strive to achieve, an outburst among the international community. The desire of the host countries to reach a successful agreement, and especially China’s will to appear as a leader of multilateral diplomacy, will be a fulcrum to be mobilised. But we must ensure that the agreement reached in 2020 is based on commitments by the Parties that are truly operational, rather than on an ambiguous text devoid of political significance.

Setting a course for Beijing: the hopes and fears after the COP 14 on biodiversity

Mobilising the private sector for biodiversity

A session of the Sustainable Development and Environmental Economics Seminar 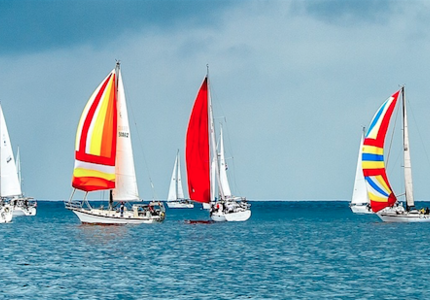 The high seas: the next frontier for multilateralism

Relaunching the international ambition for biodiversity