Driven by the surge of natural gas prices, the energy price crisis that began in September 2021 and was reinforced by the war in Ukraine has led to unprecedented price inflation on the wholesale electricity market in Europe. Faced with this crisis, many voices have been raised to demand a change in the regulation and design of the European electricity market, which is held partly responsible for the current situation.

The meaning of such a market reform remains to be clarified, however, and is necessarily the result of a compromise between different objectives and issues affecting the transition of the electricity system: managing the impacts of the crisis for consumers, maintaining security of supply in the short (winter 2022-2023) and longer term, and accelerating the low-carbon transition, which is the only way to sustainably reduce dependence on fossil fuels in general, and on imports from Russia in particular.

Beyond the European discussion, these issues take on particular importance in the French context, as the question of the transition of the electricity system will be at the heart of the debates on the revision of the national strategy and the upcoming framing law on energy and climate policy.

A price crisis that is taking hold

The first observation, confirmed by the European Commission in its recent communication on short-term interventions on the energy market and long-term improvements to the architecture of the electricity market, is that the crisis is taking hold over the long term. While many observers and policy makers initially hoped for a return to normal after the winter of 2021, the war in Ukraine and the desire to reduce dependency on Russian fossil fuels as soon as possible have decided otherwise. According to the Commission's analysis, market prices for natural gas and electricity are likely to remain at levels significantly higher than the historical trend at least until 2025. This implies a rethinking of crisis management, as some policy measures can be adapted over a period of a few months, but are more difficult to sustain over several years.

The electricity market at the heart of the debate

Because of the speed with which the rise in gas prices has spread to the wholesale electricity market, many observers and policy makers have pointed to potential "market failures" and the urgent need to reform it. A position supported by the French government, which considered this situation to be particularly "unfair" given the very marginal role) of gas-fired power plants in the national electricity mix (less than 7% of total production in 2021.

Overcoming controversy with a pragmatic vision

In the RePowerEU strategy, and more specifically in the Communication on the energy market, the European Commission proposes a compromise to reconcile these conflicting positions by combining two approaches:

This last point seems particularly critical for the future of the electricity market: by 2030, renewable energies should represent more than 60% of the European electricity mix, compared to 37% in 2021. In total, more than 40% of the mix should be provided by variable production sources with zero marginal cost, such as wind and solar.

This transition therefore poses several challenges that must be taken into account when considering the evolution of the architecture and regulation of the electricity market.

What are the specific challenges for France?

As is often the case with energy, the “exception française” is confirmed, even in a crisis situation. Three issues seem particularly important to consider in the current context:

Ensuring security of supply in the face of a perfect storm

While the majority of European observers are primarily concerned with the security of gas supply for the coming winter, the issue could be even more acute for electricity in France, as various factors could lead to a "perfect storm".

First of all, there are uncertainties about the availability of the nuclear fleet, due to the multiple shutdowns for maintenance, ten-yearly safety inspections and, more recently, the assessment of potential corrosion issues and associated risks for 12 reactors. Currently (May 2022), half of the fleet (27 reactors out of a total of 56) are shut down, with an average available power of 30 GW since April (for an installed capacity of 61.4 GW). A large part of the reactors should be back in service by next winter, but the available capacity for the winter remains uncertain at this stage, which has led the EDF group to revise its production estimate downwards on two occasions1 .

Secondly, with regard to the reduction in fossil fuel capacity (oil, coal, gas) which has been underway for years and which should reach its peak this year with the planned closure of the last coal-fired power stations. The exceptional tensions could nevertheless lead the government to include some of the coal-fired power stations in a strategic reserve, in the same way as other European countries are doing or planning to do.

Thirdly, because of the structural delay in the development of renewable energies, France being the only country not to have reached its national target for 2020 within the European Union and lagging significantly behind in terms of renewable electricity deployment.

To understand the importance of the tensions that weigh on French security of supply for the coming winter beyond the Ukrainian crisis alone, one need only look at the prices of forward products: at the end of May 2022, baseload electricity for deliveries in the last quarter of 2022 and the first quarter of 2023 was trading at prices between 470 and 530 euros per MWh on the French market, compared to 255 to 292 euros on the German and Italian markets.

What is the future of the public service for energy in a rapidly changing context?

The second issue relates to the social and economic emergency and the political management of the impacts of the crisis. In order to protect consumers as much as possible, the government has made a radical choice: freezing prices, at least until the end of 2022. This solution has well identified weaknesses: it is particularly costly and socially unfair, as the level of support is not at all targeted and adjusted to the real needs of different actors . However, it has the merit of partially slowing down the rise in the inflation rate, compared to neighbouring countries. 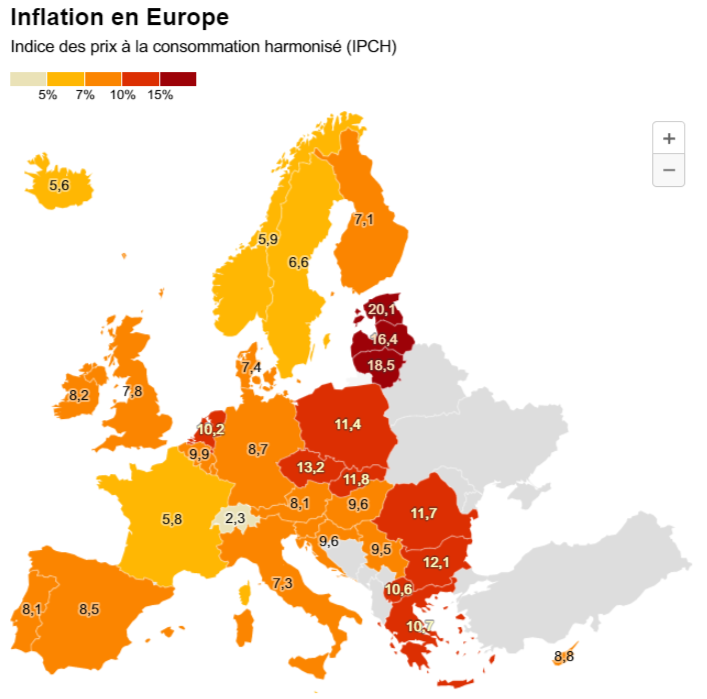 The implementation of this measure has catapulted to the forefront another particularly polarising and yet essential debate: how should the “nuclear rent” from the nuclear power fleet be managed and distributed between the historical producer, consumers and other market actors? What sense or nonsense is there in allowing alternative suppliers (and above all their customers) to benefit from this rent via the mechanism of regulated access to historical nuclear electricity (ARENH)? And what monitoring is needed to avoid possible abuses?

On this point, the current crisis has the merit of reviving an essential debate on the revision of the ARENH, in terms of operation, valuation and volume. This debate has been fueled in particular by the recent proposal of the French Energy Regulation Commission (CRE) to increase the volume of the ARENH from 120 to 130 TWh in 2023. Simultaneously, the CRE suggested that the price for the ARENH should be raised to €49.50 per MWh, a legitimate request that had been neglected since 2012, despite the CRE's previous recommendations.

On the other hand, the coalition of unions in the energy sector filed an annulment appeal (rejected since) before the Council of State to protest against the spoliation of EDF, considering that the public company was being sacrificed on the altar of market liberalisation.
In this debate, the cost of the crisis response measures for EDF (estimated at 10.6 billion euros in total2 ) is often linked to the negative consequences of "market liberalisation". On the contrary, it could be argued that this cost represents a strong political choice in connection with the public energy service and the desire to limit the impact of price increases for all consumers. Considering as well that the cost would have been almost identical if EDF had a monopoly on supply for all consumers3 .

The palpable tensions around these issues therefore demonstrate the urgency of rapidly engaging in a broader public debate. This debate should not only focus on the management of the historical nuclear rent in the short and medium term by preparing the "post-ARENH" (2025). But more broadly on the future of the public energy service in a context of crisis and transition.

Finally, this reflection on the future of the French public energy service can only make sense if the strategic vision for the future of the French electricity system is clarified. The process of revising the national low-carbon strategy (SNBC) and the multi-annual energy plan (PPE) provides the basis for this strategic vision. It also provides significant opportunities for public debate and consultation, under the supervision of the National Commission for Public Debate.

On the question of future power system, the success of this exercise will largely depend on the ability to dispel the tensions of  a particularly polarised and ideological debate today. This presupposes, first of all, that we manage to build a common base and a common understanding of the main challenges and the framework elements that are necessary today, independently of political postures. This also implies being able to map the main political controversies in more detail. Not in order to organise a confrontation of antagonistic points of view aimed at discrediting the other without any real exchange, but rather to collectively identify ways for overcoming them.

In particular, by accepting that renewable energies and nuclear power will both play an important role in the French electricity mix in the medium term. And that in this respect, the management of the variability of solar and wind energy, the issue of the supply of rare earths and metals, the management of nuclear waste, the major refurbishment and dismantling, do not represent the "weaknesses" of an ideological vision opposed to ours, but rather challenges to which we will have to find practical and collective solutions. 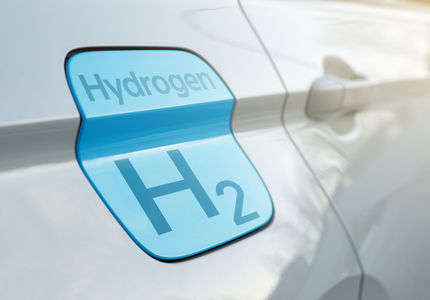 Hydrogen, the new eldorado or a false lead? 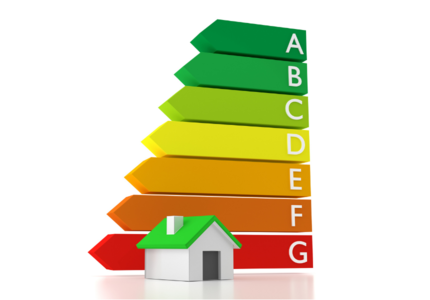 What are the priorities for ecological planning in the energy renovation sector in France?

Making a success of the energy renovation challenge 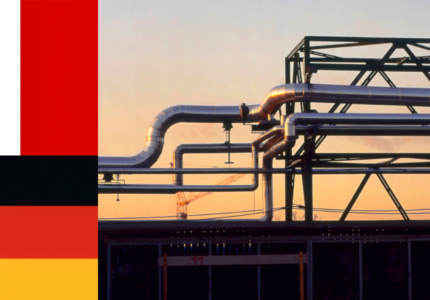 Breaking dependency on Russian gas: perspectives from France and Germany