The EU Climate Law is the first substantial legislation to implement the vision of the European Green Deal. It aims to enshrine the commitment to reach climate neutrality by 2050, to enhance the 2030 objective (reducing emissions by at least 55%) and to complement the EU’s climate governance tools. At the time of writing, the legislative train still ploughs on a year later under ‘trilogue’ negotiations between the Environment Council representing Member States, the European Parliament and the Commission. Among the key items under discussion is the Parliament’s proposal to establish a European Climate Change Council (ECCC)1 by June 2022, an independent expert advisory body at the EU level.

Designing and implementing climate policies is a complex task, both technically and politically. Climate policy needs to be grounded in the best available climate science, but it also needs to be articulated with the broader policy aims and landscape on sectors ranging from energy to industry or agriculture. Perhaps most importantly, considering the urgency to effectively cut emissions,2 these policies need a robust and independent monitoring and evaluation system throughout their implementation, to understand what works and what does not. There needs to be a science-policy interface at the EU level, just as there is a science-policy interface at the Member State level in countries with climate councils (e.g. in the EU the HCC in France and outside the EU the CCC in the UK). The need for an impartial evaluation of policies, based on an expert understanding of the drivers for climate action, is at the heart of the development of independent expert advisory bodies on climate change. Increasingly prevalent in the literature as a key element of ‘robust’ climate governance frameworks,3 they are also a growing reality on the ground: 10 countries already have independent scientific climate councils in Europe, and more are on the way.4

While these are “scientific or expert” councils, their purpose is neither to produce nor to review existing science regarding climate change; instead, they draw on various disciplines (e.g. atmospheric science, biology, economics, sociology, etc.) to apply the best scientific knowledge to the regional and local context to inform national policies and assess whether they effectively address the climate challenge. Such councils thus bring together experts with different but complementary academic and research backgrounds, all of whom are recognised as authorities in their respective fields. The climate council’s legitimacy depends on this recognised expertise, but also on the independence of its members. Institutional independence also matters: when these councils are created outside of the administrations whose policies they have to assess, instead of being in-house bodies, their members are less likely to have conflict of interests and will hence be more likely to be able to voice their expert opinions freely. To become operational, this institutional independence requires sufficient resources for a dedicated secretariat.

These scientific councils act as a watchdog and an advisor in the policy-making process, assessing consistency between short-term decisions and long-term commitments. Their role is very different from the political impetus often given by elected officials, or from the administration’s capacity to implement a policy. European countries have also set up different kinds of climate bodies, such as platforms dedicated to stakeholder engagement on climate change (e.g. local authorities, businesses, youth or environmental organisations), or to inter-ministerial coordination.5 These bodies all serve the purpose of making “better” climate policy, but they each do so differently.

At the European-level, the Commission is already tasked with evaluating current policies and proposing new ones, but a dedicated and independent Climate Change Council would be able to assess the coherence and alignment of the policies developed by the Commission with the objectives of the Climate Change Law.6 It would also provide credible evidence for the debates on issues relevant to climate change action taking place at the Council of the EU or the European Parliament. Such a body could therefore increase the accountability and legitimacy in the implementation of increasingly stringent climate policies on the road to net zero, and support the Commission’s work. None of the existing institutions (European Commission, European Environment Agency) has the right institutional set-up for an independent policy evaluation. While the EEA monitors Member States emissions and mitigation policies, and even as the Governance of the Energy Union7 strengthened rules for planning, reporting and monitoring these policies, it does not have any mandate to evaluate progress or make targeted recommendations regarding additional action. 12 expert advisory bodies in 11 EU Member States, members of the European Environment and Sustainable Development Advisory Councils (EEAC) Network, published a letter to EU policy-makers to support an EU-level body. Given the right conditions for success (independence, clear mandate, resources), the proposed European Council on Climate Change would efficiently complement the existing national-level bodies and the work of the EEA by focusing on EU-level policy-making and competencies, and support the objective of building a climate neutral and resilient Europe. 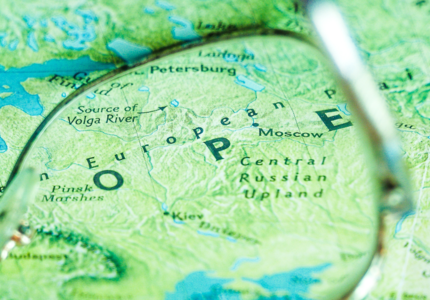 2021, a crucial geopolitical year for the European Green Deal