Before the ink was dry on the free trade agreement between the European Union and Mercosur (Argentina, Brazil, Paraguay and Uruguay), the document was already controversial. Its opponents highlighted its threats to the European beef sector, and the risk of accelerating Latin American deforestation. Its supporters highlighted the economic gains for Europe, the inalienability of environmental protection measures and, in particular, the obligation of parties to implement the Paris Climate Agreement. In this context, a number of critical points should be kept in mind during the upcoming parliamentary debates that will precede its possible ratification.

On June 29, 2019, the President of the European Commission, Jean-Claude Juncker, welcomed the previous day’s signing of a “historic” agreement between the EU and the four Mercosur countries (Argentina, Brazil, Paraguay and Uruguay). While the full text of the agreement has not been finalised, a single document is currently available for the assessment of the agreement’s scope. This document, which the Commission has put online, presents the main principles and provisions of the agreement.

On this subject it is unfortunate that the EU appears to have adhered to the notion that secrecy is essential for trade diplomacy, in contrast to what we have seen in environmental and climate negotiations. While the Paris Climate Agreement discussions were open and transparent, the announcement of the signing of the EU-Mercosur agreement seems to have taken everyone by surprise, apart from a select few. Added to this surprise was frustration regarding the lack of opportunity for economic or legal criticism of the signed and binding text. If the Commission really intends to align its environmental and trade objectives, then it must first align its negotiation and communication practices and, in this respect, its approach to trade seems rather outdated. Civil society—including researchers and think tanks—should have greater involvement in EU consultation and evaluation procedures, which would be beneficial for supporting reasoned debate.

What will be the impact on the European agricultural market?

As we know from the Commission’s first impact study,1 the agreement is favourable to European industrial sector exports (cars, machinery, chemicals, pharmaceuticals) and relatively unfavourable to the agricultural sector, with the exception of a few products (wine and alcohol in particular). Beef producers, who are currently protected by tariff barriers and quotas, will see a rise in beef and veal quotas to 99,000 tonnes, with a preferential rate of 7.5%. Europe currently uses three main beef tariff quotas. The first, which differs between countries, restricts imports of high quality beef (69,376 tonnes, with a rate of 20%); today, this quota gives the four Mercosur countries access rights to 46,876 tonnes. The two other quotas are not specific to each country. The 99,000 tonne tariff quota announced by the Commission would be added to the first tariff quota—which is the quota applied to quality beef, for which customs duty would decrease from 20% to 0% for the four Mercosur countries. In total, zero or low tariff quotas (7.5%) for 136,000 tonnes of Mercosur beef would be applied; which amounts to slightly less than 2% of EU consumption.

This figure can be read in a number of ways, for example by assuming that imported beef will determine prices on the European domestic market—which would then be set at the lowest level. Conversely, we can expect prices to remain at the current lowest average, with quotas not being filled—which is the case today—due to the persistent imbalance of a surplus on the European market. Beyond the price evolution scenarios, which are critical for the cattle sector and which must be published and debated, the future of high biodiversity breeding is at stake here. European subsidies such as grass premiums should not be “actionable” as part of a dispute: while this is more or less a given, it should be explicitly and unambiguously stated.

What about the “sustainable development” chapter?

Secondly, and more broadly, it is important to consider whether the agreement enables the strengthening of environmental and climatic action, or does it achieve the opposite by maintaining inaction or certain abuses. We know that legal provisions will be included in the sustainable development chapter which, according to the preliminary text published by the Commission, will be applied with the same level of ambition as in the EU-Mexico and EU-Japan agreements. In recent years the EU has revised its sustainable development chapter to remind signatory parties of their commitment to implement the Paris Agreement. The sustainable development chapter is formally binding but has no mechanism for implementing sanctions—conciliation is preferred. The chapter and the agreements are indeed written in a spirit of cooperation, based on the assumption that the parties are in good faith and share the same societal and environmental goals. Under this hypothesis, the agreements can effectively “pull” the signatory parties towards better environmental and social standards, through voluntary co-operation. But if a party employs devious tactics or shows resistance, then the agreement does not include provisions for the use of a deterrent to remind recalcitrant countries of their commitments. This is all the more true since the Paris Agreement requires countries to commit on the means (rendezvous clauses and increased efforts) and not on the corresponding results. Nothing in the sustainable development chapter (in the most recent version of the trade agreement) really forces a country to do more for the climate or the environment than it would have done without a trade agreement.

Will the agreement’s lack of encouragement, or at best its very vague incentive, for rainforest conservation, result in more deforestation than would have otherwise occurred? The first sustainable development impact assessment published in 20093 , underlines the risk of biodiversity degradation related to the growth in livestock farming for export purposes in Mercosur. The second impact study is expected to be published soon, but on this particular issue, the conclusion is likely to be similar. Unless a country unexpectedly specialises in a sector with high environmental value (which seems unlikely for Mercosur given its dominant livestock rearing practices) or unless there is additional environmental regulation (unlikely in Brazil and Argentina in the near future), a trade agreement automatically increases the ecological footprint of the signatory countries.

France hopes that the EU will achieve “zero imported deforestation” in 2030. But it is highly unlikely that such an objective will be included in the final text: it would limit the possibilities of increasing soya and beef production in ecosystems such as the Cerrado in Brazil, or Chaco in Argentina. Unless the text specifically mentions the objective of limiting imported deforestation, then there is a risk of conflict between a 10-year commitment supported by some EU members, and the (non) provisions of a trade agreement, some of which have the same time horizon. Consistency requires ensuring that the ultimate provisions of the agreement do not conflict with the possibility of moving towards zero imported deforestation at the EU level—rather than the other way around.

Access to the European market as a lever for sustainability

The European Union has two bargaining tools: access to its domestic market, and one of the highest environmental and climate ambitions in the world. Why is the EU not making more aggressive use of one of these tools, to the benefit of the other? It’s time for the EU to change its trade negotiations rationale, which was conceived in the previous century, and to start using its domestic market as a lever to encourage partners to increase their efforts in line with the climate and environmental emergency—and to bring an end to the current fragile and formal status quo. If this was carried out, then this agreement would indeed be “historic” because it would reflect the EU’s ambitions; all of its ambitions, including that of epitomising how to fight against global warming and biodiversity loss.

The publication and discussion of the results of the Sustainability Impact Assessment (SIA), which is currently ongoing, are taking on a particular importance in this context, in that they could facilitate the differentiation between trade contributions that could protect the environment, and those that could lead to its degradation; a possible recourse against the excessive polarisation of the debate would be a structured discussion around the current SIA, one that reaches out beyond the usual limited circle of impact assessors to fully involve civil society. 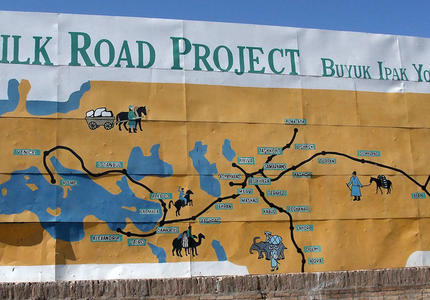