Four years after the adoption of the Addis Ababa Action Agenda on Financing Sustainable Development,1 of the 2030 Agenda for Sustainable Development2 and the Paris Climate Agreement3 , the fight against vulnerabilities and inequalities is on the agenda of most major international events. In this context, IDDRI has conducted in this blogpost an overview of the progress achieved in financing development, and has identified and suggested avenues to pursue.

The second half of 2019 will be marked by a series of major international events in the field of financing sustainable development: the G7 meeting of ministers dedicated to development and international cooperation issues (July, 4-5th), followed by the G7 summit in Biarritz (August, 24-26th); the resource replenishment of four multilateral funds;4 and finally, at the European level, the composition of the new Parliament, the nomination of Commissioners, and the vote of the European Commission’s budget for the period 2021-2027, where the question will be raised regarding the role of development finance within EU external action instruments.

Current situation: sustainable development finance efforts will not enable the Sustainable Development Goals (SDGs) to be achieved by 2030

Signed in 2015, the Addis Ababa Action Agenda positions development finance at the heart of a variety of subjects that are not limited to official development assistance (ODA). It focuses on at least five areas that deserve attention from international public funders:5 national resource mobilisation, private sector partnerships, a global framework to encourage long-term investment, cooperation and development policies, and support for countries with urgent needs.

While progress has been made in these areas, efforts need to be raised if we are to achieve the ambitious vision set out in Agenda 2030.6 According to the latest conclusions of the UN General Assembly, at the current pace the SDGs will not be achieved by 2030,7 even goals that before 2015 seemed attainable, such as food and nutrition security, or key issues such as access to sanitation.

A radical change and an acceleration of implementation are therefore necessary.

What are the challenges for the G7?

Although widely criticised, the G7 was responsible for the establishment of the European Bank for Reconstruction and Development (EBRD, 1989), the Global Fund to Fight AIDS, Tuberculosis and Malaria (2001), and the Muskoka programme to reduce maternal and infant mortality (2010).8 In 2019, the French presidency is operating in a context that is very different from the previous one (2011): it is marked by the rejection of multilateralism by some countries, the growing importance of emerging countries in the world economy, the changing constitution of the group9 and the lack of flagship initiatives in recent years. These elements have raised the need for the G7 to transform itself, particularly to strengthen its legitimacy in global governance.

The T7 engagement group (Think Tank 7) organised by IFRI on 5th June provided the opportunity to gather together the think tanks of the G7 countries and invited countries10 to address this major issue. IDDRI and FERDI—co-organisers of the session on financing sustainable development—made proposals with their partners in this direction, insisting specifically on the necessity for coordination among G7 members in the face of a development financing landscape that is fragmented due to the diversity of actors, instruments, and strategies.11 Leadership is needed, especially to offer developing countries, and African countries in particular, an alternative or complementary vision of the Chinese Belt and Road Initiative (see blog post on the Belt and Road Initiative). This initiative can be perceived as a pragmatic interpretation of the 2030 Agenda, in that it proposes an infrastructure investment programme aiming for an increase in trade and presenting itself as free from political conditionality. However, the vision of the G7 countries is that each country must define and implement its own economic transformation and development trajectory. The structural vulnerabilities of countries need to be taken into account and be subject to policies and dedicated funding, to equalise opportunities between countries and to prevent vulnerable countries from falling back into poverty or conflict. Finally, common standards and references must be defined between public and private development banks for SDG-compatible funding, to find ways to compare their practices and to assess their impact in terms of their capacity to transform a country.

What are the challenges for Europe?

The fight against inequality is also at the centre of discussions on financing for development in Brussels. This is the subject of the European Development Days on June 18-19th 2019, in which IDDRI will participate, along with its partners from the European Think Tank Group. These discussions are being held in the aftermath of European elections, while the European Union’s budget for the period 2021-2027 is under negotiation and at a time when the EU’s political orientation will be driven both by the future European Commission and the European Union’s newly elected parliament.

In its open letter to the future French Members of the European Parliament, IDDRI highlights the need to maintain an ambitious European external action budget, not only to deal with crises, but also to take account of the long-term issues of sustainable development. Moreover, in a study published with its German partner DIE (German Development Institute), IDDRI shows that as long-standing development partners and major suppliers of ODA, France and Germany are particularly well placed to work on the implementation of the ambitious 2030 Agenda at both G7 and EU levels. The newly signed Franco-German cooperation treaty of Aachen (see blog post on this theme), and the upcoming Franco-German cooperation roadmap are opportunities for IDDRI and its partner DIE to consider the action levers for ambitious Franco-German cooperation.

The events of 2019 are therefore an opportunity for EU and G7 countries to put more emphasis on the support for the definition and implementation of the 2030 Agenda. 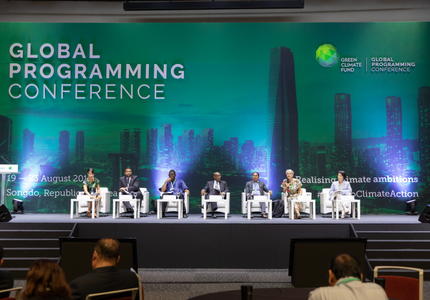 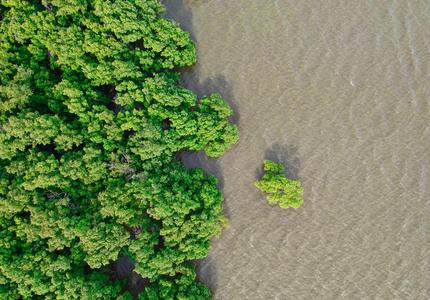 How can we increase financial support for nature-based climate solutions? 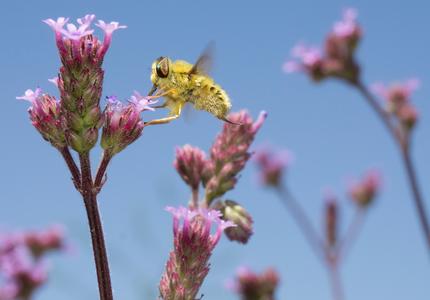 Mobilising stakeholders and financing the transition