The Paris Climate Agreement’s objective for net-zero CO2 emissions shortly after mid-century has completely transformed the climate policy debate for heavy industry. Prior to Paris, the steel, cement, chemicals and other materials sectors were expected to be the last sectors emitting in a -80% reduction world. After Paris, they had to face either transforming rapidly or paying for offsetting negative emissions from land use, biomass and carbon capture and storage (CCS) or direct air capture. This has set off an intensive global debate on demand and supply technological options, induced innovation, capital investment needs, policy packages, and potential uprooting of old supply chains to move the most intensive emitting parts of production either where there is geology for CCS or very cheap renewable electricity for electrification.

The necessary decarbonisation of a hard-to-abate sector

Prior to the Paris Agreement (PA) at COP21 in December 2015, heavy industry was largely exempted from most serious climate change efforts. A 50% chance of maintaining +2°C form pre-industrial temperatures was the usual high level objective, which most climate modelling of the time showed requiring roughly 80% reduction in emissions after 2050. Heavy industry was considered hard if not impossible to abate. The integrated assessment models which proved that -80% was possible squeezed the emissions out of buildings, transport and electricity production, but largely left industry untouched.

Steel has been made with coal since the Industrial Revolution began, and cement production produces large process emissions from limestone calcination; both will be essential materials in a low-carbon world for buildings, infrastructure and general development. Several major independent forecasts have shown that while North America and Europe are in their “renovate and replace” phase of demand for concrete and steel, and China’s infrastructure demand is tailing off, demand is rising fast in India, Africa and other developing regions, leading to a roughly constant level of global production for both materials.1 Even after incorporating rigorous demand management policies and education (recent IEA analysis shows a 26% drop in cement intensity and 40% drop in steel end-use intensity is possible with transformational supply changes),2 3 the need for key infrastructure (e.g. ports, railways and urban transport) and housing development to reach all the SDGs in Agenda 2030 will contribute to a high demand. Carbon capture and storage, if included for industry at all, was considered to be ruinously expensive (>$250/tonne CO2) for highly traded sectors with very thin profit margins, possible only if all sectors of the economy moved together. Consciously or not, the steel, cement, chemicals and other heavy industry sectors were considered to live within the last 20% of emissions in perpetuity.

The PA’s more ambitious 66% chance of 2°C, towards 1.5°C target, requires a smaller carbon budget, however, one consistent with net-zero CO2 emissions by 2050-‘70. Also, existing and planned investments in electricity and heavy industry with current technology would exceed the +1.5°C budget.4 While intense efforts to improve energy efficiency have always prevailed because of the large cost component of energy in steel, cement, chemical and other sectors, this will never be enough for net-zero. It requires transformative change. Before the ink was dry on the Paris Agreement, industry participants, system modellers, direct stakeholders, and other interested observers began debating what this meant for industry.5 It reawakened largely dormant interest in 90-95%+ carbon capture and storage, especially the parts of it that had been proven to work with existing technology (e.g. storage of formation gas CO2 or from methane based hydrogen production), as well as small and large nuclear for power and heat. But it also reawakened interest in other options on both the demand and production supply side.6 7

We currently use more than is necessary steel and especially concrete for crafting buildings and infrastructure. Concrete is especially overused because it is so cheap and durable, but we only really need it where we need compressive strength and corrosion resistance. New computer aided design tools potentially allow architects and civil engineers to use steel and concrete only where necessary, and to blend in other lower GHG materials where appropriate. For this to happen, however, GHG intensity needs to become both part of architectural, engineering, and trades education, but allowed and mandated under building codes.

The use of cement in concrete, as well as its production, can also be much less GHG intense. Cement is the glue in concrete, holding together the sand, gravel and small stones that give concrete its strength; better mixed concrete, that more carefully disperses and “packs” the aggregates can be stronger while using less cement. The most emissions intensive part of making cement and concrete is the initial calcination process for making clinker, a cement precursor. Clinker can be safely replaced in cement up to specific levels for given end-uses by both active cementious material substitutes and passive limestone filler if allowed and encouraged under local building code. But again, education for engineers and trades is necessary.

On the production supply side, the advent of potentially very cheap solar and wind electricity lead researchers back to older studies buried in academic journals from the nuclear era on deep electrification and hydrogen for industrial heat and alternative production pathways. For steel, for example, this included iron ore reduction using hydrogen instead of coke followed by an electric arc furnace for smelting, or direct electrolysis of iron ore to liquid metal. For cement it became clear that CCS would be needed for at least the clinker production process emissions as long as we continue to use ordinary Portland cement, but alternative fuels might help with the process heat. New debates began about the technical feasibility and cost of these options using cheap but variable low GHG electricity, and these are being weighed against the pros and cons of carbon capture and storage.

Possible policy packages in line with the Paris Agreement

All the above, combined with regional climate policy pressures such as the EU commitment to net-zero and the Green Deal, including an EU general industrial strategy8 and hydrogen strategy,9 has led to regional and global firm and sector commitments to net-zero in the various industrial sectors. Most of these commitments, given the very real risks of long-term industrial investments, come with requests for financial help and demands for competitiveness protection, such as from border carbon adjustments (BCAs). While simple in conception, BCAs beyond very simple undifferentiated bulk products will be very difficult to implement practically, and if applied clumsily could have adverse legal, political and climate effects. Ascertaining the GHG intensity of individual products is a nascent organisational and logistic science that needs development. More nuanced and less legally contentious and possibly more effective policy packages are likely possible, and many have been offered.10 On the “carrot” side, these could include targeted research, development and commercialisation programs combined with financially supported lead markets through public procurement, private buyers’ clubs actualised through contracts for difference11 for low GHG production, all proven mechanisms. As for the “stick” side, while carbon pricing is the ultimate goal, gradually rising maximum GHG intensity standards for simpler then more complex products, designed to weed out the most emitting foreign and domestic supply (with compensation and transition support) could help send short term signals to industry until stronger carbon pricing is possible. Formation of the Paris Agreement Long-Term Strategies can help countries and firms operating in them transparently discuss options as well as policy sticks and carrots, leading to better designed and more ambitious National Determined Contributions.  Developing nations in particular may need educational, logistic and financial support adopting initially more expensive low carbon technologies.

In the long run, it is quite feasible that the supply chains for currently intense products will separate into pieces, with the most GHG intensive parts (e.g. clinker and iron ore reduction) being done in regions with ample CCS geology or clean electricity. For this to happen efficiently and equitably, however, international trade rules and regulations will need to be revisited, including common GHG intensity measurement rules and a “level playing field” for all parties, which could have material implications for the Paris Climate Agreement’s Article 6 negotiations. 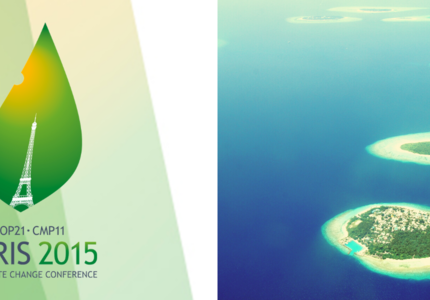