The adoption of the Paris Climate Agreement at COP21 was a decisive moment to bolster the inclusion of climate adaptation into national strategies and international funding agencies portfolios. The effect in terms of agenda setting are thus clear, including on moving international cooperation for adaptation beyond financial transfer. Since 2015, strategic decisions have focused on regional and international cooperation to propel forward ambitious adaptation planning and action. Five years is however a short period of time, and major challenges remain ahead, especially in terms of better understanding and tracking adaptation progress at the global level.

The 2015 Paris Agreement (PA) represents a milestone for climate diplomacy, by achieving major decisions on greenhouse gas emissions mitigation and also establishing the Global Goal on Adaptation (Article 7.1).1 The latter has transformed adaptation framing and ambitions by encouraging Parties to the United Nations Framework Convention on Climate Change (UNFCCC) to go beyond the important but restrictive funding-focused lens that structured international climate negotiations on adaptation until now, to progressively include new dimensions referring to the governance of transboundary resources2 and international human migration, for example. The PA and Global Goal on Adaptation mark a critical step towards reinforcing global adaptation at an equal standing with global mitigation for a sustainable future under climate change. In this way, the decisions at COP21 founded a critical diplomatic perspective that mitigation and adaptation storylines cannot be uncoupled over the 21st century.3

The PA allowed for an acceleration of the inclusion of climate adaptation into national climate policies through pre-existing instruments (e.g. National Adaptation Plans and National Communications) or newly instituted ones (e.g. Adaptation Communications). It is estimated4 for example that three quarters of the available NDCs have an adaptation component, with some focus on sectoral approaches (mostly agriculture, water, health, biodiversity and disaster risk reduction). However, although several of these documents have proposed goals, they remain rather qualitative. Since 2015, the Adaptation Committee of the UNFCCC pursued its work around raising the profile of adaptation within and outside of the UNFCCC context, e.g. through recent works on how to build bridges with the other global initiatives (Sustainable Development Goals, Framework on Disaster Risk reduction) and various technical papers (e.g. on best practices).

Despite the fact that global climate finance remains strongly imbalanced—in favour of mitigation—global funding agencies have shown substantial progress in terms of their financial support to adaptation projects. For example, the Global Climate Fund has invested ~1.6 billion USD in adaptation, to date, and launched various monitoring and evaluation processes.5 Finally, independent initiatives have emerged, such as the International Platform on Adaptation Metrics6 in 2016, based on early discussions at COP21 and under the leadership of Moroccan Presidency at COP26. These are encouraging signs showing that adaptation is now well established in the global policy agenda, and this trend has largely been supported by the framework offered by the PA.

Despite these efforts, there remain weaknesses in the current framework, which should be acknowledged in constituting the challenges to overcome in the years and decades to come to meet the Global Goal on Adaptation. While these weaknesses are not novel, the PA paved the way for their wide recognition. A first challenge refers to the development and inclusion of externally-driven assessments of adaptation efforts, i.e. not only based on country reporting to the UNFCCC. A second challenge is to develop a more concrete definition of the Global Goal on Adaptation, whose formulation in Art. 7.1 remains imprecise (i.e. “enhancing adaptive capacity, strengthening resilience and reducing vulnerability to climate change, with a view to contributing to sustainable development”), which limits the opportunities for moving towards more specific targets, both internationally and at the country level. In particular, this would be a necessary step to ensure the proper assessment of progress made, but also of the gap and misalignment between the reality of critical economic and planning decisions on the ground (sectoral policies, infrastructures, spatial planning…), and the formal public objectives and strategies on adaptation.

Insights from the scientific front

The PA also indirectly promoted scientific work on adaptation, especially in the area of tracking adaptation efforts across scales and nations, and in the aim of better understanding adaptation progress at the global scale. Recent assessment frameworks have emerged proposing approaches around “concepts that are translatable and scalable across levels of government, and that can be systematically compared between governments”,7 instead of trying to identify the most relevant indicators for tracking adaptation process and results, as is usually done in most of scientific works as well as in the abovementioned UNFCCC documents. In parallel, IDDRI proposed in 2019 a complementary approach8 —the Global Adaptation Progress Tracker (GAP-Track)—consisting of measuring progress based on the identification of new indicators/metrics describing adaptation gaps and benefits directly at the global level, i.e. not relying on national-level indicators informed by policy documents or existing global datasets, and making a better use of recent developments in new technologies such as satellite imagery.

The PA therefore raised a critical question: are we on track to climate adaptation at the global scale? Answering it is critical in itself, but also to validate whether the “well below +2°C” mitigation target is ambitious enough for preventing humankind from major climate residual risks over the 21st century. This constitutes one of the main issues to tackle for climate science and climate diplomacy, and the PA played a crucial role in highlighting it. 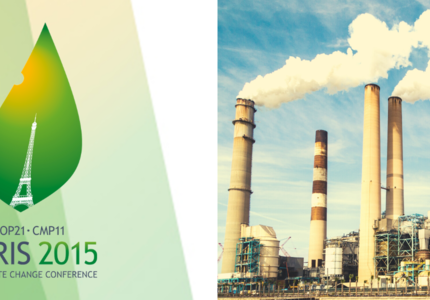