Three case studies coordinated by IDDRI and IRD have analysed the distribution of the costs of water services and revealed unknown determinants: local governance, policy choices, management efficiency and territorial anchorage in particular. Having shed light on these elements, the next step will be to conduct a systemic analysis to ensure the viability and effectiveness of appropriate financing schemes.

Between 2009 and 2015, IDDRI coordinated three studies on the extension of water services in Niger, Vientiane (Laos) and Casablanca (Morocco), which were led respectively by the French Development Agency (AFD), the GRET and the Institut de recherche pour le développement (IRD), in partnership with local operators.

The initial hypothesis of this programme was that beyond the funding requirements for urban infrastructure, cost sharing arrangements for these services are crucial for their viability. The objective was therefore to explore the distribution of costs between actors, its financial, social and political sustainability and its governance. Indeed, in the early 2000s, the OECD doctrine advocated for the cost of water to be supported by a combination of tariffs, taxes and financial transfers, i.e. being distributed among users, taxpayers and national or international public authorities. This economic model was intended to ensure sustainable cost recovery. However, few empirical studies have shown this to be the case in the field: cost formation, sharing arrangements and their long-term evolution remain unclear.

The three studies conducted with and among operators enabled the collection of empirical data based on actions carried out in the field. Beyond the theoretical financing plans, they revealed elements of the real costs of operations.

The three case studies relate to situations where operators are engaged with the support of donors in water network expansion processes. However, local particularities and contingencies of empirical research have led to different but complementary results.

Beyond the specific results of case studies, this research programme has enriched the debate on the funding of basic services in developing cities. Above all, they show that the issues of funding, cost distribution and governance are intrinsically linked. This interdependence occurs at the level of the development of each grid extension or reinforcement project, of the reform of an operator or a specific sector, and of the territorial scale depending on local urban dynamics.

Moreover, it appears that endogenous and exogenous factors are interfering with project progress. While operators face this on a daily basis, at present there is no systemic analysis framework to anticipate and therefore identify potential resource pools. The adaptation of the concept of the cost of basic services that would integrate its unknown or ignored components such as the costs of negotiation, transaction, coordination, etc., remains incomplete. An ad hoc methodological framework based on empirical data would bring some elements of knowledge and analysis enabling the improvement of public decision-making, project development by donors, and action in the field. Budgets prepared on the basis of purely technical and managerial considerations are therefore far from the actual costs of conducting operations. Opening this black box of costs, acknowledging its determinants, identifying resource pools and integrating them into financing plans would be making a start in the improvement of service supply capacity.

Finally, this issue is obviously very topical in relation to the implementation and financing of the Sustainable Development Goals (SDGs) in a predominantly urban world. The search for a suitable methodology and additional data could help to ensure the conditions for sustainable access to basic services.

The cost of basic service provision in developing cities

Affordable housing, issues and tools: what role for the real property lease? 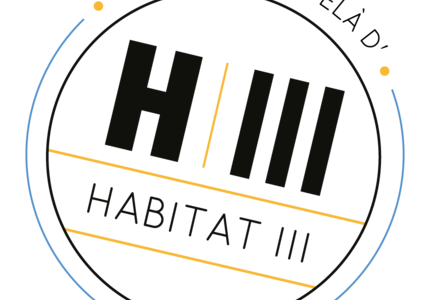 Habitat III and the New Urban Agenda: debriefing the debriefs

Crowdsourcing urbain et participation citoyenne numérique : Do it yourself!