REDD+ projects are part of a performance compensation rationale whereby carbon credits are sold mainly on the voluntary market. The study of two projects in the Democratic Republic of Congo (DRC) and Madagascar however shows that this performance can be artificially constructed too easily. Despite the existence of certification schemes, the environmental integrity of these credits cannot therefore be systematically guaranteed. Editor’s note

REDD+ is a long-term process aiming to bring deforestation into the management framework of the UN Framework Convention on Climate Change (UNFCCC), both to address a major issue in terms of reducing greenhouse gas emissions (percentage of emissions related to deforestation), but also to enable the forestry sector to benefit from the political attention and financial tools expected from climate negotiations, such as carbon markets. While these hopes have been partly disappointed, particularly because carbon markets do not constitute an important financial resource, but also for the reasons explained below, it is nevertheless imperative to analyse the REDD+ experience to learn key lessons on taking action against deforestation and on the transparency of mitigation efforts. To do so is even more important given that other sectors (oceans, agriculture) are now implementing or envisaging similar mechanisms to REDD+, which is generally considered as a reference to be copied rather than as a pilot, the failures of which we should learn from. 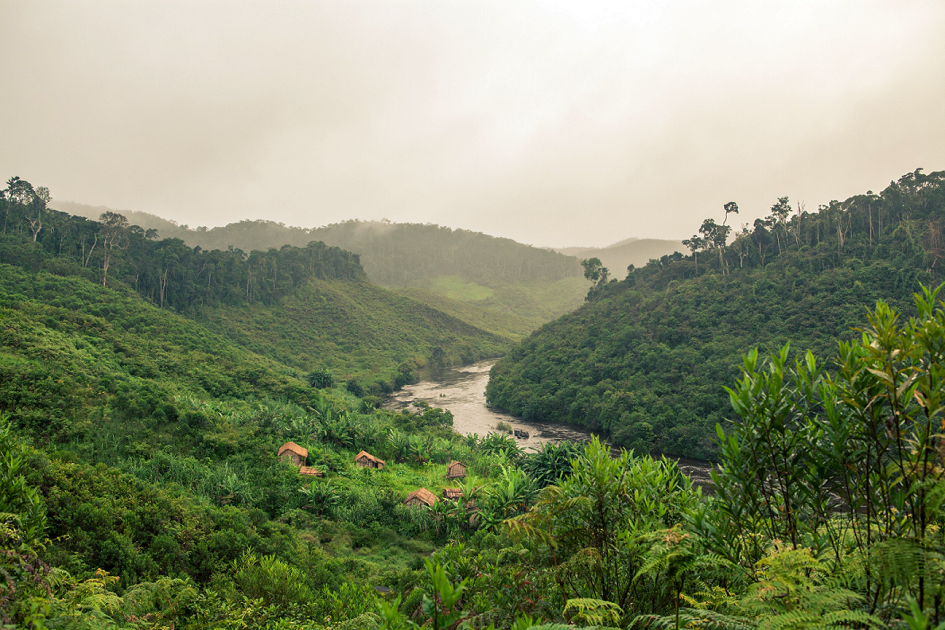 Source : S. Desbureaux - A village in the CAZ project (Madagascar)

Reducing deforestation is an essential tool in the fight against climate change, given that deforestation accounts for 7-14% of anthropogenic CO2 emissions (Baccini et al., 2012). This observation is at the origin of the REDD+ (reducing emissions from deforestation and forest degradation) scheme that has been under discussion since 2005 within the framework of international climate negotiations, and more recently within the framework of the pre-COP22 in Bonn. The mechanism aims to remunerate forest countries based on their performance in terms of reducing deforestation. Alongside this national compensation system a number of REDD+ projects have developed. There are now over 350 of these projects, 80% of which are developed by private actors (mainly NGOs), which are also part of a performance compensation rationale.

How is REDD+ performance measured?

The performance of REDD+ projects, materialized in the form of “carbon credits” is calculated as the difference between two scenarios: one a “baseline” scenario, predicting future deforestation if the project is not implemented, and a second that estimates deforestation if the project is carried out. The more pessimistic the baseline scenario, the more significant the project’s opportunities for deforestation reduction. There is therefore a strong temptation to overestimate a project’s ability to curb deforestation in order to increase the financial gain from the sale of more credits. In economics this type of perverse incentive is typically called a “moral hazard”. In an attempt to reduce the risk of this moral hazard and to guarantee the “quality” of the REDD+ credits, independent private certifiers (including VCS and CCBA) have established themselves in the REDD+ project field. Obtaining a certificate has gradually become a prerequisite to those hoping to sell their credits in the current context of the carbon market crisis. However, two case studies in Madagascar (CAZ project) and the DRC (Mai Ndombe project) show that certification is not necessarily a guarantee of credibility.

The virtual creation of performance: the example of two REDD+ projects

In the heart of the mountainous area of eastern Madagascar lies the Ankeniheny-Zahamena Corridor (or CAZ), a rainforest wedged between the country’s central highlands and the Indian Ocean coast. Due to its rugged terrain the area is sparsely populated and somewhat isolated, with an absence of major infrastructure. The Mai-Ndombe project in DRC is located in the region of the same name, and is also characterized by its lack of infrastructure, its remoteness from major urban centres and trading ports. In short, these two regions are certainly experiencing deforestation, but at a rate that is lower than in many other regions of the two countries. 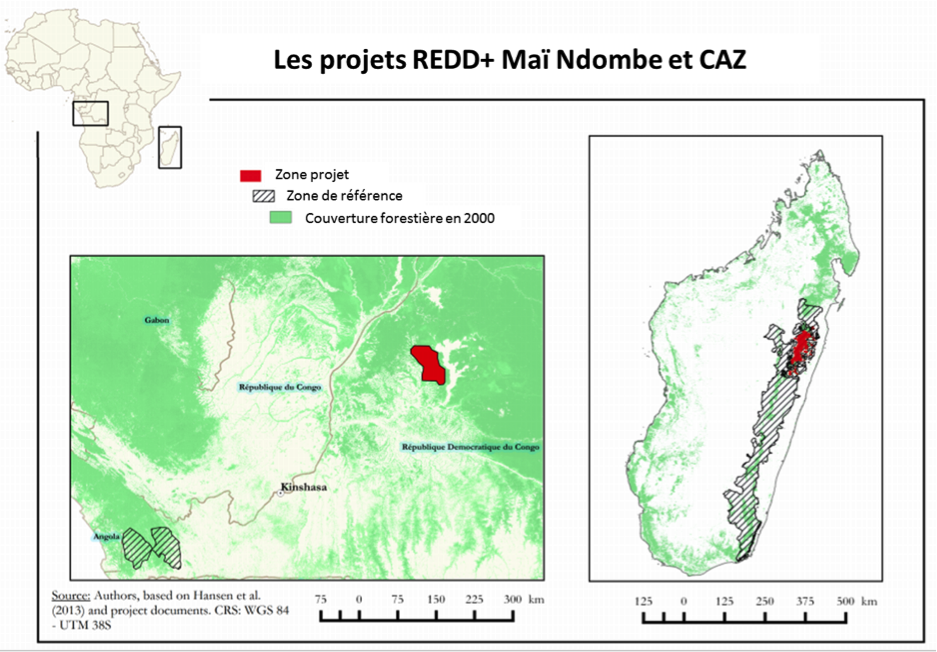 However, when project leaders established the baseline scenario, particularly high deforestation rates were used. According to the guidelines of the certification standards, the baseline scenario was obtained by defining a “reference area” in which deforestation was assumed to follow a similar dynamic to that of the project area. However, in both projects, the reference areas chosen were more populated and less isolated, and in the case of Mai-Ndombe, it had different climatic and landscape characteristics. In these areas, deforestation is greater than in the project areas, as shown in the two graphs below:

By choosing a reference scenario that “predicted the worst”, the CAZ project was thus able to claim to have reduced deforestation by half compared to the baseline scenario, even before the realization of any activity. While the CAZ project promises to reduce deforestation by 80%, a study has shown that previous efforts in the island have achieved, at best, a deforestation reduction of a more modest 20%. These artificial performances enable project leaders to “promise the best”, thus allowing them to limit their actions on the ground for several reasons including the avoidance of conflicts with local populations, while nevertheless ensuring that their emission reduction targets are met.

Why REDD+ certification is not always a guarantee of quality?

We believe that there are at least two reasons why certifiers have validated these REDD+ projects despite glaring inconsistencies. Firstly, the economic certification model is based on the number of certified credits. It is therefore in their interest to avoid being overly restrictive towards the project promoters so as not to deter future clients. Secondly, in contexts of political instability and fragile states, as is the case for Madagascar and the DRC, accurately predicting data for issues as complex as deforestation is a virtually impossible task. To base an international compensation system on a performance principle is intellectually attractive. However, when performance is difficult to measure and there are conflicts of interest between actors, the system can become perverse and lead to the development of a “virtual economy” based on hypothetical performance. The purpose here is not to accuse institutions or project leaders, nor to question their intentions. Rather, the flaw lies in the principle of compensation based on reference scenarios that are unverifiable by definition, which undermines the credibility of implemented action. An alternative would be to expand the definition of performance to include indicators other than carbon credits, which would reflect in particular the efforts of forest countries to reduce drivers of deforestation (land security, investment in agricultural transitions that consume less land area, improved monitoring of protected areas, etc.). This broader idea of performance could be a good basis for discussion to integrate issues related to deforestation in the national contributions submitted ahead of the COP21 (INDCs) and their monitoring, particularly in countries where the fight against deforestation is an important part of their climate action. For more information, see Seyller, C. et al. (2016). Does Private Certification of REDD+ Projects Guarantee their Environmental Integrity?, International Forestry Review.

COP13 on biodiversity in Cancun: the shake-up is a long time coming

Lessons from the Climate regime for the CBD 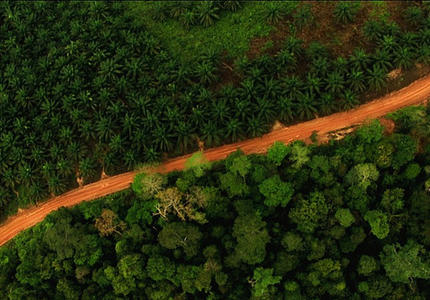 COP13 - “Mainstreaming” biodiversity into the economy