Fifty years after the first United Nations conference on the environment in Stockholm (Sweden), environmental multilateralism should soon pass important milestones, thanks to COP15 on biodiversity and COP26 on climate. However, this international coordination framework, while generally recognized as an indispensable basis, is also criticized for its insufficient capacity to make the transformations necessary for the ecological transition in the territories and economic sectors real quickly enough. It is therefore essential to anticipate what the next step should be in terms of international cooperation in order to meet the key challenges of climate and biodiversity, as well as the 2030 Agenda as a project for transformation for all societies; it is as important to position this debate within the more global framework of the need to renew the multilateral and Bretton Woods institutions built after 1945. On the occasion of its 20th anniversary, IDDRI intends to contribute to this effort by organizing a high-level international conference: "Planetary governance for a sustainable recovery: Next generation multilateralism"

Anticipating the next stage in international cooperation

Challenged head-on by the major powers, considered insufficiently effective in the face of political, economic or ecological crises, but also insufficiently fair in terms of representativeness and decision-making power, it is the multilateral edifice as a whole that is being weakened. Many voices, particularly in Europe, are calling for a renewal of multilateralism and for a new stage in the regulation of globalization; this is the case, for example, of President Macron1, the German White Paper on multilateralism2 and the European Commission's strategy in this area.3

What these European voices have in common is that they place sustainable development at the heart of their proposals, both as one of the fundamental challenges requiring a change of gear and as one of the strategic entry points on which the countries of the world would still be able to agree, when they are in open or latent conflict over all other issues, from trade to security.

Dialogue and debate as conditions for progress

But is this credible? On what potential are these proposals based? And what chances do they have of being shared by other countries, other regions or other groups of actors? It is indeed essential to co-construct this new stage, in a world where the European Union can be a force of proposal, but can only move forward in alliances with others, having integrated the needs, expectations and visions of other partners into the same project from the outset. It is the role of think tanks such as IDDRI and its partners Think Sustainable Europe and the European Think Tank Group on Development to enable the European Union to move forward through debate.

It is therefore the conditions for this essential dialogue that IDDRI intends to put in place with the international conference "Planetary governance for a sustainable recovery: Next generation multilateralism", which celebrates the 20th anniversary of the institute, co-organized with the European Chair for Sustainable Development and Climate Transition at Sciences Po. It will take place online, from October 12 to 14. A few days before COP15 and COP26, and a few weeks before the French presidency of the European Union, this high-level event will attempt to show the areas of convergence between the visions and proposals of European actors and their major partners. It will bring together diplomats, politicians, researchers, economists and philosophers to restore the foundations of an international dialogue.

At a time when ecological issues are becoming questions of security, macroeconomics and geopolitics, how can we ensure that the experiences and values patiently constructed in the environmental field give new life and new ambition to international cooperation, rather than becoming just another dimension of security confrontations? The conference will focus on recent advances in the effectiveness and concrete effects of international environmental law in national jurisdictions, as well as on issues of justice, as illustrated by successful experiences of participation or the inclusion of vulnerable groups as a condition for transformation, as highlighted for example by the IUCN Congress on the key role of indigenous peoples and local communities.

Making room for challenging, disruptive, or utopian proposals, as much as for realpolitik in a world where power is obviously not evenly distributed, the conference also aims to identify the main concrete entry points through which the European Union and its partners could take multilateralism to the next level. 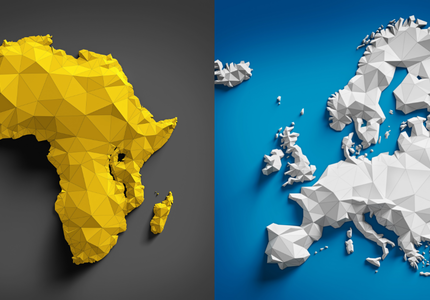 From COP26 to the Africa Europe Summit: Accept to face critical asymmetries or put the nascent partnership at risk 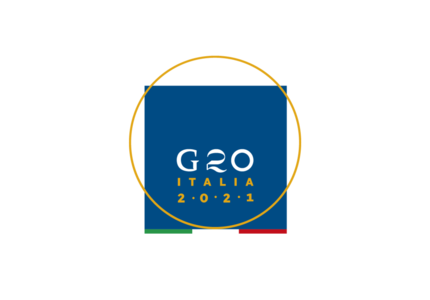