In a context of growing inequalities and endemic unemployment, environmental policies are often perceived as additional obstacles or even as measures detrimental to the poor. Indeed, Donald Trump recently declared that he was pulling out of the Paris Agreement on climate change precisely because he claimed that it was unfavorable to workers in the United States. Yet a close link exists between environmental and socioeconomic injustice.

The vicious circle of socio-environmental inequalities

The book entitled Unsustainable Inequalities,[1] written on the basis of empirical research (conducted notably at IDDRI) shows that this link resembles a vicious circle. It shows that the poorest individuals have less access to environmental resources such as water, power, or quality nutrition. For instance, Indian citizens on a very low income use a total of 4 kWh of power to meet all their needs, whereas an affluent fellow citizen uses 10 times that amount. In France, the 10% of individuals on the lowest incomes use 73 kWh per person compared to 262 kWh for the wealthiest 10%. Not all are equally equipped to face environmental risks. This assessment particularly applies to the impact of pollution on health. In France, 50,000 premature deaths occur as a result of air pollution. The urban working-class bears much of the burden, spending more time in public transportation than the average and often living in housing with poor ventilation. When it comes to natural disasters such as floods, droughts, or severe storms, the poorest individuals are the most exposed and the most vulnerable. In the United Kingdom, among the 10% of individuals on the lowest incomes, 16% live in flood risk areas compared to less than 1% among the top 10%. Internationally, more than 2.5 billion people live less than 100 km from a coastline, and of those, over 75% live in a developing country. While the least affluent individuals are disproportionally affected by the consequences of climate change and other environmental disruptions, they contribute the least to their causes. Internationally, the top 10% wealthiest individuals (primarily Americans and Europeans but also rich Chinese, Saudi, or Latin American citizens) generate 45% of global greenhouse gas emissions, while for the 50% least affluent individuals, that figure drops to 13%.[2]

How can we break the vicious circle of socio-environmental inequalities? Reconciling social justice and protecting our planet is possible, but it requires a new stride in the construction of the social State, which will need to be redesigned to define the integration of environmental risks and the traditional tools of social protection. First, we need new tools for measuring and mapping environmental inequalities; Gross Domestic Product (GDP), which continues to be used as a compass of progress, does not take into account the issue of inequality or the degradation of the environment. To this end, the implementation by the United Nations of the Sustainable Development Goals (SDGs), adopted in 2015, is laudable. All countries, rich and poor, have decided to implement a set of indicators that notably take into account inequalities reduction and environmental protection. While the adoption of a common metric with which to measure progress on several dimensions is far from sufficient, it is a genuine step forward, and it is now up to civil society to keep governments accountable.

We also need to harmonize traditional social policies and environmental protection policies. Environmental taxation—including a carbon tax or the removal of fossil fuel subsidies—can be a powerful tool in this regard. Particularly in developing countries, governments’ fossil fuel subsidies largely benefit the better-off, whose lifestyle is more polluting. Removing these subsidies would therefore constitute a socially and environmentally conscious measure. Yet in a few years, when the middle-class citizens of emerging economies all have their own car, implementing such reforms will constitute a social challenge. There is therefore a historic window of opportunity that should not be missed, as Indonesians or Iranians have shown by undertaking such reforms recently.

Finally, the social State will have to take a comprehensive—both domestic and global—look at the impact of its existing policies. Social policies at the national level can quickly turn out to be helpless in the face of rising social and environmental inequalities. Nation States must move forward together on this point at both the regional and the global level. Meanwhile, the social State must look toward subnational jurisdictions and join forces with local movements and harness their energy since these are rich in initiatives and forms of solidarity. Civil associations are wary, sometimes rightfully so, of social or environmental preaching. Yet without the umbrella of the social State or international coordination, they also turn out to be powerless in taking on social and environmental crises. It is therefore necessary to reject the false dichotomy between global and local action. As a matter of fact, the necessary metamorphosis of the social State sketched out above is already under way. The paradox is that this transformation is both within reach and remote. Positive examples exist in all countries, whether industrialized or developing. Yet it will require greater imagination, energy, and determination from all stakeholders, citizens, researchers, private sector stakeholders, and elected officials to deliver this fair and sustainable future. 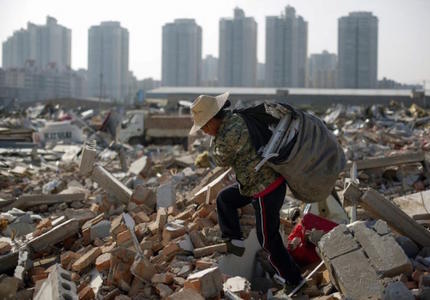 The 1.5°C target and coal sector transition: at the limits of societal feasibility 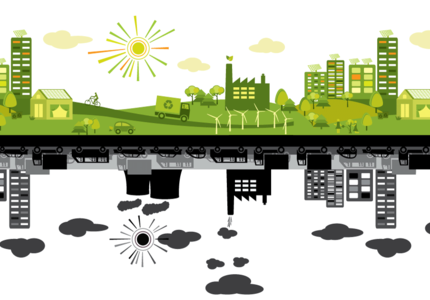 Investing in a just transition