Historian by training, Sciences Po graduate, Michel Gardette has spent his entire career in this institution. First, for about ten years, as Head of training cycles (in charge of the "Communication and Human Resources" section, Master level), then as Assistant to the Scientific Director (from 2000 to 2004 and from 2008 to 2013) and finally as Director of Sciences Po's library (from 2004 to 2008). 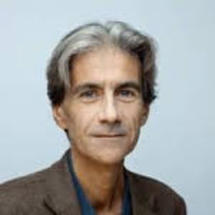