Alexandra Deprez works on international climate governance and cooperation. In this context, she follows, analyses and informs the UN climate negotiations and the transition of national public policies.

Prior, as an analyst at the US-based NGO Environmental Defense Fund, she worked on corporate sustainability with Fortune 500 companies, with a main focus on sustainable soy and beef supply chains in the Amazon. During her master’s degree she also researched and worked on environmental sustainability and climate adaptation in French agriculture.

Alexandra holds a Joint Master’s degree from the Yale School of Forestry and Environmental Management and the Yale Jackson Institute of Global Affairs, with a focus on climate change policy and sustainable food systems, and a Bachelor’s degree from Princeton University in Cultural Anthropology and Environmental Studies. She is a native speaker of English, French, and Spanish. 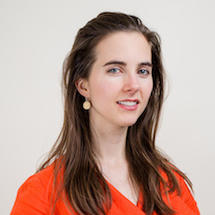 Towards a better review mechanism under the post-2020 Biodiversity framework: legal options and possible institutional arrangements