Physicist turned economist, Claude Henry worked for the École polytechnique for thirty years, as head for research in economics and professor of public and environmental economics. During that period, he has been co-editor of the Review of Economic Studies and then of the Journal of Public Economics. Among his research topics are: weak interactions in elementary particles physics; differential equations with discontinuities; option values to deal with irreversible effects; decision-making under uncertainty; public services and public utilities economics; intellectual property mechanisms and innovation. He has also been a member of the Conseil d’Analyse Économique in Prime Minister Lionel Jospin's office for five years (1997-2002).

Claude Henry is currently professor of sustainable development at Sciences Po Paris and at Columbia University (New York, United States). He is a member of Academia Europea, and a Fellow of the Econometric Society. 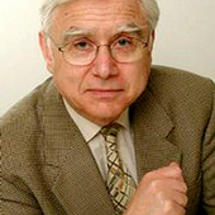