Following the “Laying the foundations for a collective eco-sufficiency policy” blog post published on June 16, 2022, IDDRI is continuing its deliberations on how to organise social changes in the ecological transition. As part of this reflection, IDDRI has invited philosopher Fabrice Flipo to share his analysis from the perspective of the digital world. He has written several books on this subject, including “L’Impératif de la sobriété numérique. L’enjeu des modes de vie” (Matériologique, 2020), which forms the basis of this blog post and also the one titled “Changing lifestyles: a digital case study”.
The latest ADEME scenarios highlight the challenge of changing “ways of life”. The European Green Deal, along with many other documents, also points out this issue as a crucial component of any action towards sustainability. But what do we mean by this concept? What are the challenges related to changing ways of life? Are they more a question of political planning with possibly a certain degree of authoritarianism, or do they have to do with small gestures that will be insufficient to meet the challenge

Following the work of sociologist Salvador Juan, let us start by defining four concepts. “Ways of life”1 refer to repetitive and widespread practices, for which we can define a statistical structure. For example, data show that between 6 a.m. and 7 a.m., the Paris metro is used mainly by manual workers, while between 8 a.m. and 9 a.m. it is white-collar workers that predominate. Secondly, “lifestyle” refers to the individual choices that define an individual’s pathway. The third concept is “type of life”, which refers to minority influence groups that seek to change ways of life. Such groups include, for example, associations that call for and take action to fight for pay parity between men and women; or political parties that, through activists or media appearances, imprint a certain image on the minds of those who receive their messages; or companies and their various commercial operations (marketing, promotion, product placement, sponsorship, etc.), which can also be considered as minority influence groups, and whose aim is to disseminate “innovation”, i.e. a good or service that is not widely used at the outset, that is sometimes a prototype without obvious function.

The last and most general concept is that of the “system”. Let’s consider two examples to understand the interactions between lifestyles, ways of life, and types of life. Under Soviet-style “real socialism”, States have typically crushed lifestyles and confused equality with uniformity. Any deviation from the norm was interpreted as a kind of betrayal. All cars had to be the same model and colour, any customization was suspect. Moreover, these States had a monopoly on types of life. All innovation was left to the State. Whereas in so-called capitalist regimes, lifestyles are constrained by types of life–i.e., the influence of a variety of powerful actors–as well as by ways of life–constrained by the (infra)structures of society. In these countries, types of life are largely driven by profit-making companies and the State. For example, let us consider the “automobilization” of territories. When cars were introduced in the 1890s, they were expensive and unreliable contraptions only capable of limited recreational functions, often purchased purely for ostentatious displays of wealth. It was not until action was taken by companies (Renault, Michelin, etc.), government departments (civil engineering, the French Highway Code introduced in 1899 by President Émile Loubet, etc.), associations (Automobile Club de France2 , etc.) and many other actors that the use of the car was extended in various forms. The car became the cause and the consequence of both urban and commercial sprawl (parking became a major part of supermarket strategy). Production then increased significantly, and the car became an essential need. Food buying, education and work were no longer possible without a car, which has had many implications, particularly in terms of the infrastructure of vital societal processes and their relationship with the biosphere.

The digitalization of ways of life has evolved in a similar way. This can be seen in the successive reports of the Autorité de Régulation des Télécommunications (ART), which later became the Autorité de Régulation des Communications Électroniques et des Postes (ARCEP)3 . Initially, the computer had no obvious application, except in a few specific cases (military, universities). Then games began to take on an important role in society (games consoles of the 1980s, Sega, Amstrad). Eventually State agencies began to realize the value of the computerization of society, and what Vice President Al Gore called the “information superhighway”: as described in the Nora-Minc (1978) and Théry (1994) reports. The “dot-com bubble” at the turn of the millennium generated multi-billion-dollar investments in countless projects, many of which ended in fiasco. Hundreds of companies invested heavily in computerization, with researchers aiming to change ways of life. Later, the advent of the iPhone ushered in the era of the app, the individual utility of which increases the more widely the product is distributed. Which brings us to the present day, where even the most routine conversations are digitized.

Given the ecological challenges faced today, it is the “way of life” that needs to change. But how? In the public arena, discussions on this concept often cite two opposing sides: “small gestures” and “revolution” (“changing the system”4 ), but this leads to two misunderstandings. In terms of the former, ways of life are considered as issues of individual choice, whereas in reality, it is lifestyles that are matters of individual choice. This puts the individual in the impossible situation of trying to change their way of life through individual choices alone. Whereas those that call for revolution, often consider ways of life to be a product of State decisions, and States are only capable of making general decisions; this not only means that uniformity therefore prevails over equality, but also that the capacity for action is monopolized to the detriment of all civil society actors.

The only way forward is the socialization of ways of life. What does this mean? We must stress again that ways of life are always social and never purely individual. Lifestyles (individual) are indeed constructed within statistical regularities (“ways of life”) and not outside them. And the system is not the product of a single actor (such as the State) that can simply be changed. The issue is knowing what to socialize. There is no single answer. Producing and consuming is to position oneself socially, to communicate, to signify, to classify and to classify oneself, as many sociologists have long maintained5 . This is a socialized activity. The change in ways of life necessarily goes through minority influences that promote new types of life. The question is which will be encouraged and will eventually become habit, routine, and which will be discouraged and sink into oblivion or survive only in micro-communities. Socialization therefore consists in carefully weighing up, collectively, each type of life and its accompanying world. However, the situation is often asymmetrical: the consumer has little capacity for collective organization in the face of the socializations orchestrated by the State and large corporates, who are the major actors in the “system”. 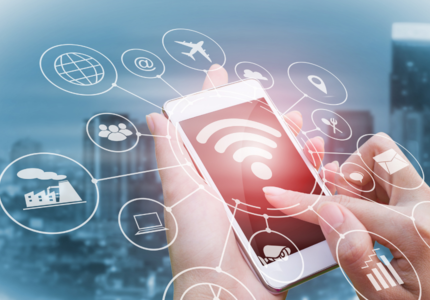 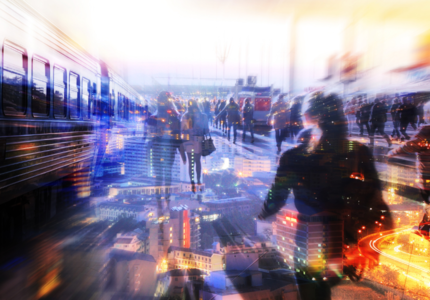 Sufficiency, from the individual to the collective