Eleven countries have ratified the Escazú Agreement, which means that it will enter into force in early 2021. It is the only binding agreement derived from Rio+20 and the first environmental agreement adopted by the Latin America and Caribbean region. As such, and in a context in which multilateralism is being challenged, will it live up to its promises in terms of environmental governance and democracy in the region, and beyond?

Following the footsteps of the Aarhus Convention1—signed 22 years ago—the Latin American and Caribbean countries agreed in 2012 at Rio+20 to launch a negotiation process that would seek to materialise in the region the rights enshrined in Principle 10 of the Rio Declaration.2 After more than 4 years of negotiations without precedents—significant participation of civil society representatives and countless environmental law and human rights experts—the regional agreement3 was adopted in Escazú (Costa Rica) on March 4, 2018.

To date, 24 countries have signed it4 and it has been ratified by 11 countries: Antigua and Barbuda, Bolivia, Ecuador, Guyana, Nicaragua, Panama, Saint Kitts and Nevis, St. Vincent and the Grenadines, Uruguay; and more recently, Argentina and Mexico.5 The agreement will enter into force 90 days after the 11th ratification (Mexico).

However, since its adoption in 2018, the signing and ratification process has been rather slow, due in part to political changes in the region,6 the Covid-19 crisis and the delay in the ratification processes in legislative bodies—derived from lobbying by private sector representatives and the dissemination of inaccurate arguments that have led to confusion on the potential impacts this Agreement may have for countries once it is ratified7. Paradoxically, Chile, who was one of its standard-bearers, has neither signed nor ratified the agreement. Costa Rica, which played an important role in the negotiations, has not yet ratified. And Colombia, which was also very active in the negotiations, has not yet ratified either, albeit being the country that reported the highest number of murders of environmental leaders in the world in 2019.8

The primary value of the agreement lies in its multilateral nature, providing a common framework that will lay the foundations of environmental democracy in the region and promoting cooperation and capacity building among States—seeking to support the least advanced countries in the field. Among its main provisions, Escazú recognises the right of every person to live in a healthy environment, and the obligation to ensure that the rights defined in the Agreement are freely exercised. It provides for the adoption of legislative, regulatory, administrative and other measures to ensure the implementation of the Agreement—according to Parties’ own capacities and internal laws9—, the provision of information to the public to facilitate the acquisition of knowledge on access rights, and the duty to provide guidance and assistance to the public, especially to vulnerable people and groups.

The Escazú Agreement represents a breakthrough in international environmental law in Latin America and the Caribbean by clearly emphasising the importance of public participation (active participation, access to information and justice) for addressing environmental issues. According to the Economic Commission for Latin America and the Caribbean (ECLAC), with regard to the rights framed in Escazú Agreement, at the regional level, 23 countries have adopted access to information laws: 76% incorporate provisions to promote citizen participation and only 20% favour the implementation of actions in their defence.10 Mexico is endowed with one of the most robust regulations on the matter in the region, leaving without weight the claim that the treaty is unnecessary as countries already have enough domestic legislation to regulate these rights. The agreement also enshrines certain key principles such as non-regression and progressivity.11

Building back differently: responding to the social clamour

The Escazú Agreement is a tangible example of the region's commitment to a more egalitarian, fairer and more sustainable development. The Covid-19 pandemic has exposed the inequalities and fragilities of the countries of the region. In this context, implementing comprehensive, participatory and inclusive planning processes in the design of public policies with a view to recovery is of utmost importance. And if countries in Latin America and the Caribbean really want to lead the development of their economies towards more sustainable pathways, it is essential to have legal frameworks that promote transparency, encourage a real participation of communities and above all, guarantee that those leaders who raise their voices to work for their territories do not lose their lives in the process.

The region is crying out for a change that will lead to stronger institutions, robust environmental information systems and the effective implementation of participation mechanisms. The Escazú Agreement certainly provides a solid ground to ignite such a change and paves the way for living in more just and equitable societies.

The first next step to be followed will be the organisation of the 1st Conference of the Parties (COP),12 at the latest one year after the entry into force of the treaty, in which various initial administrative and financial aspects must be discussed for the proper functioning of the treaty.

The entry into force of the Escazú Agreement systematises the existing regulations in the region and provides the opportunity to strengthen the capacities of environmental authorities, receive technical assistance and regional cooperation. The Latin America and Caribbean region faces many challenges for the full implementation of these rights, which differ greatly from one country to the other; for some, the adoption of new laws will be necessary, while for others, it is more a question of changing practices.

Research Fellow for the Implementation of the 2030 Agenda

How can development banks use long-term strategies to align with development and climate objectives?

English-speaking webinar organised by the European Commission / 11:30 am - 12:30 pm CET 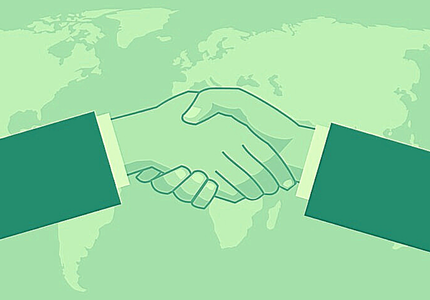 How can we reconcile digital development with environmental protection?

English-speaking webinar organised by the French Institute of Denmark