Autonomous vehicles have great potential. However, the impacts of this technology will depend on the mobility models deployed. How can these different models address the traditional issues of sustainable mobility?

Today, mobility is essential to enable participation in economic and social life. Access to autonomous mobility is therefore a major political topic: can it foster mobility for all or, conversely, will it accentuate inequalities in terms of access to mobility? The answer to this question mainly depends on the models of autonomous mobility that we envisage. In the context of a model based on private individual autonomous cars, which would represent a type of continuum of the existing dominant model, it is likely that autonomous vehicles will continue to be regarded as premium vehicles for a long time due to their high cost: the literature estimates that the premium associated with autonomous cars will range between €8,000 and €12,000 by 2030. This additional cost should, however, fall to a few thousand euros by 2050. If we consider an autonomous mobility model based around robo-taxis, the cost to the client becomes highly dependent on the vehicle occupancy rate. Indeed it is only with an occupancy rate of at least 1.5 passengers per kilometre that the cost of a robo-taxi service starts to compete with the cost of using a private car. Therefore, this option will primarily only be economically attractive in urban centres, where it is possible to achieve a certain density of travel. Autonomous mobility will not therefore necessarily be accessible for all, either financially or in terms of territories.

What are the benefits for public transport?  ?

This question stems from the former because the development of public transport contributes to the improvement of access to mobility. On this issue, it appears that autonomy to some extent can have a positive impact. IDDRI’s cost estimates produced in the framework of a prospective study on autonomous mobility thus show that at a constant cost per passenger, a 50-seater autonomous bus with an internal combustion engine is viable with a filling rate of about 10%, compared to about 30% for a conventional bus. It therefore becomes possible to serve less frequented lines at a constant cost.

In other words, autonomy would extend public transport’s scope of relevance. The savings achieved with the transition to autonomy can also make it possible to switch to alternative engines.

Will autonomous vehicles be shared?

It is often claimed that connectivity and autonomy could encourage the sharing of cars, which we should remember are parked for 95% of their lifespan and carry only 1.22 people on average when driven. However, it appears that this assumption is unfounded because autonomy, although it can reduce certain obstacles (particularly organizational costs), does not solve other issues that impact on the sharing of cars today, particularly carpooling: low marginal remuneration, the psychological cost of sharing a vehicle with others, lack of predictability for passengers, etc.

Furthermore, as previously touched on, for a certain period it is only likely to be affluent customers who will be able to afford autonomous vehicles, and they will have very little incentive to share such vehicles, either in terms of ride sharing (carpooling) or sharing a vehicle for a short time (car sharing). The robo-taxi model is more likely to facilitate ride sharing (particularly because it has a real impact on user costs), but it requires a change of scale in the current situation in terms of shared taxis and PHVs. For example, in 2016 the occupancy rate of uberPOOL vehicles was approximately 0.85 passengers per km.

How will autonomy reconfigure urban space?

Anticipating the impact of autonomy on the urban space is extremely difficult, because the outcome will result from a combination of feedback effects from urban and mobility policies. However, two issues must be emphasized.

Does autonomy facilitate the decarbonization of the transport sector?

Much of the conversation around autonomous mobility alludes to the idea that autonomous vehicles will necessarily be electric, or at least run on alternative fuels, a notion confirmed, for example, in a recent survey of European experts. While synergies certainly exist between autonomy and electric motorization (comfort, more favourable service-based economic model for fleet operation, vehicle capability to find a recharging point without human aid), there are however obstacles. Thus, the high-energy requirements of autonomous vehicles could favour conventional-electric hybrid engines, at least for the early models. In addition, we must remember the time delay between the urgency of massing the fleet of electric or similar vehicles to meet the decarbonization objectives of the transport sector, and the speed of deployment of autonomous vehicles that will not be mass produced for some time. Autonomous mobility cannot therefore be considered as a serious option for achieving the urgent decarbonization goals.

Conference: "User Feedback in B2B with Aircall & Smartcity with IDDRI, Gobeebike and Obike" 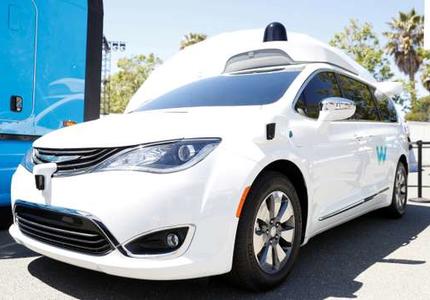 The digital transition: an opportunity for essential services and development