The year 2022 was marked by a particularly tense geopolitical context, but was also rich in terms of the negotiations of conventions resulting from the 1992 Rio Summit (COP15 on desertification, COP27 on climate, and COP15 on biodiversity). It was also the year when the international community embarked on a process of building a global agreement, which it intends to complete within only a few years, to combat plastic pollution. Two figures and a trend are enough to understand the current and future impact of plastic on the environment: between 8 and 10 million tonnes are dumped annually into the ocean (this volume could be multiplied by three in the next 20 years), representing 80% of marine pollution. There was therefore a consensus on the urgent need to regulate, reduce and then eliminate all plastic pollution on a global scale. It is in this context that the first round of negotiations for a future “plastics treaty” was held a few days ago. IDDRI was present at the event and in this blog post we look back at the main issues at stake in these negotiations and the possible follow-up.

The launch of negotiations on a plastic pollution treaty is certainly the good news of 2022 in terms of international environmental governance. The United Nations Environment Assembly launched the process at its February-March 2022 session, and adopted a resolution (UNEA 5/14) establishing an Intergovernmental Negotiating Committee (INC) with the objective to “develop an international legally binding instrument on plastic pollution, including in the marine environment.”

This decision, however valuable and ambitious in its wording, came after a long development period within the United Nations Environment Programme (UNEP), while scientific observations and analyses of plastic pollution have multiplied over the last twenty years. In France for example, IFREMER has been assessing the presence of macro-waste on the bottom of the Mediterranean in the Gulf of Lion since 19941 . Since then, the density of waste has increased as research into the sources and characteristics of this pollution has intensified.

The text of the UNEA resolution is ambitious both in its unambiguous title (“legally binding instrument”) and in its operational aspect, as it urges negotiators to address the whole life cycle of plastics, not only the downstream side, i.e. environmental pollution control. It is also ambitious in setting deadlines for a negotiation that should lead to a signing conference in 2025. Given the complexity of the issues at stake and the other negotiations underway, we can already question the realism of this timetable when we consider the length of time it took to negotiate the High Seas Treaty, for example.

A relatively consensual first round of negotiations

However, the process has now been launched, with the first round of negotiations (INC-1) held under the Peruvian presidency in Punta del Este (Uruguay) from November 28 to December 2. UNEP had carefully prepared for this first conference by producing working papers2 on possible options for the structure of the future agreement as well as its scope, a glossary of terms, a report on the state of the science, a review of existing financial instruments to address plastic pollution, and an overview of possible modalities for civil society participation. All these issues and more were discussed during the first round of negotiations.

The conference started with the election of the Bureau (which could only be partial) and the adoption of the rules of procedure (which could only be applied provisionally). The Russian military aggression against Ukraine was condemned by Western countries and by Ukraine, leading to vehement retorts from Russia. However, these exchanges did not diminish the willingness of participants to deal with the whole agenda as proposed by UNEP and adopted at the beginning of the meeting.

On the scope of the future treaty, a large majority of countries following the High Ambition Coalition (HAC) initiated by Norway and Rwanda, and including the European Union and France, were in favour of a treaty addressing the entire life cycle of plastics from the extraction of raw materials to waste disposal. However, the US, Japan and Saudi Arabia have expressed more restrictive views. Regarding the treaty’s structure, most countries favour a specific Minimata Convention on Mercury-type treaty with general and specific objectives, principles and obligations accompanied by technical annexes, in preference to a framework agreement with most of the implementation left to the national level, the latter option being preferred by the US. In both approaches, national action plans should be prepared for the treaty’s implementation.

Regarding principles and practical obligations, the HAC and many countries cited the principles of the Rio Declaration as well as other specific principles, such as Extended Producer Responsibility, and supported the adoption of measures to “restrict the production and consumption of plastics to sustainable levels” and to promote a circular economy of plastics to protect the environment and human health while implementing sound management and recycling of plastic waste. The need for scientific monitoring, if necessary by setting up an advisory body, was also highlighted by many countries.
The question of financial support for developing countries has been raised by the African, Asia-Pacific and South American countries, without at this stage eliciting any significant responses from OECD countries, which will very soon be called upon to express their positions on proposals for an autonomous instrument in the like of the Multilateral Fund for the Protection of the Ozone Layer, which is preferred by developing countries.

The participation of stakeholders, including businesses, local communities and NGOs, was strongly desired. Company strategies deserve particular attention. While a “Business Coalition for a Global Plastics Treaty” has been established through an initiative of the WWF and the Ellen MacArthur Foundation, which advocates for a “reduction in plastic production and the establishment of a circular economy”. It should be noted that professional organizations such as Plastics Europe or the World Plastics Council, aware of the very negative impact of plastic pollution on public opinion and speaking out in favour of the treaty, will endeavour to have the scope of the treaty limited to rational management of the downstream part of the cycle (recycling and the rational management of waste). NGOs such as WWF, the Ellen MacArthur Foundation and the Centre for International Environmental Law (CIEL) are playing a major role in developing practical proposals for the content of the future treaty.

The next round of negotiations will be held in Paris in May 2023. UNEP has been asked to prepare a document, without taking sides, that presents the positions expressed by countries and stakeholders on the different options for the structure and content of the treaty. In other words, INC-2 will not yet enter into the actual negotiation of a draft treaty, but is expected to decide between the possible options for structure and content. It is possible that the small group of countries resisting a broad and ambitious treaty will speak out and that the conference will be faced with real decisions.

The collective desire to advance that has been expressed in this first session should not obscure the magnitude of the effort required to achieve the adoption of a treaty in 2025. As always, leadership will be essential to produce a dynamic that is up to the challenge. 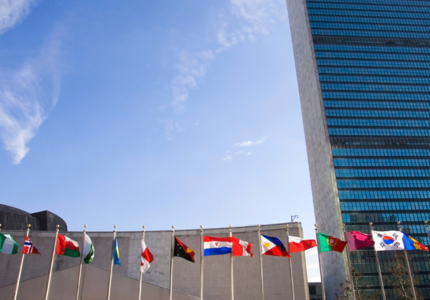 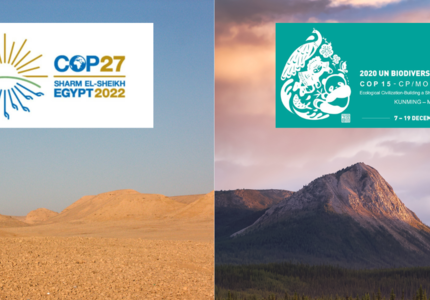