An expert on the OECD and UNEP, he is a member of the scientific councils of the Fonds Français pour l’Environnement Mondial (French Global Environment Facility) and the Prince Albert II of Monaco Foundation.

He was coordinator of the United Nations Mediterranean Action Plan (based in Athens) from 1994 to 2003. He led the Cabinet of the French Minister of the Environment, Brice Lalonde, then prepared the national environment plan from 1988 to 1992.

He studied law, sociology and political science before attending the Ecole Nationale d’Administration (1966- 1968). 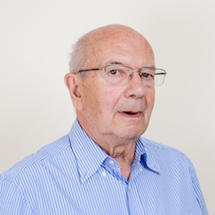 Towards a better review mechanism under the post-2020 Biodiversity framework: legal options and possible institutional arrangements

50 years of global environmental governance, from Stockholm 1972 to Stockholm 2022: what next?