The hype around hydrogen is growing in Europe: following the European Union (EU) unveiling its ground-breaking strategy in July, European Member States are putting hydrogen at the top of investments priorities of the post-covid-19 economic recovery strategy. Among others, France and Germany revealed their plan to dedicate respectively €7 and €9 billion from public funds over the next ten years to creating a hydrogen industry. To what extent can hydrogen play a role in mitigating climate change? How are recovery plans addressing the potential pitfalls around its development? On both of these aspects, EU cooperation will be key to ensure the building of an adequate energy infrastructure and the creation of a competitive, efficient clean hydrogen market where hydrogen is restricted to priority uses.

Hydrogen for the deep decarbonisation of the energy system

Today, the role of hydrogen in the world energy system is quite modest, making up 2% of global primary energy demand. While hydrogen is for now mostly used for oil refining, it is seen as a key technology for deep decarbonisation because it can substitute fossil fuels as an energy carrier in applications where no easy alternative exists, such as energy-intensive industry and heavy transport. It can also contribute to balancing the energy system by providing efficient long-term energy storage.

Although it has been a topic of discussion for a long time, hydrogen has only made its way to the forefront of European climate policy in recent months. Two main factors for this shift are the cost decrease of renewable electricity generation and the power grid reaching bottlenecks in integrating variable renewable power. Additionally, the European Union’s pledge to reach carbon neutrality by 2050 has prompted economic players of sectors with hard-to-abate emissions to develop technologies for complete emission reduction, including hydrogen.

Despite the potential benefits of hydrogen for decarbonisation, it is not a silver bullet for reducing hard-to-abate emissions and its use should be developed with caution. For example, it cannot be used for cement production1 while in transportation, modal shifts and electric powertrains could yield emission reduction at a lower cost (depending on the uses).2 Additionally, there is still significant technological and cost uncertainty around hydrogen, including for its transport.3 4 5 Overall, massive public investment for hydrogen runs the risk of overlooking other essential decarbonisation technologies, and investment in hydrogen generation should not substitute the adoption of adequate sectoral transformation pathways towards climate neutrality.

Building support for hydrogen in Europe

Hydrogen policies in Europe aim to develop a competitive market for hydrogen, reduce cost and scale up production to generate emission reductions. What challenges will hydrogen policies have to address to achieve these objectives and how can they be overcome?

First, hydrogen production should be developed so that the strain on the energy system is limited. Hydrogen production from electrolysis requires large amounts of electricity and is therefore closely linked to the power grid. Electrolysers should be deployed so that they improve the economics of renewable power generators by using surplus power as much as possible,6 and power infrastructure development should take into account electricity demand from hydrogen to not further create bottlenecks in the system. Additionally, the building of a pure hydrogen transport network will need to take into account the upcoming changes of the natural gas network. Methane demand in the EU will likely drop significantly by mid-century,7 meaning that part of the gas network could become not cost-efficient. Since hydrogen pipelines are likely to be largely composed of converted natural gas pipelines,8 hydrogen and methane networks should be planned together.

Secondly, hydrogen and hydrogen-derived fuels are less energy efficient than electricity, meaning that for most end-use applications, hydrogen is the least energy-efficient solution. Moreover, hydrogen supply is constrained by physical factors. Hydrogen production from electrolysis might strain the electricity grid beyond a certain threshold. Hydrogen from natural gas with carbon capture is conditioned by the development of carbon capture and storage (CCS), whose actual development is very uncertain considering the technological challenge of carbon sequestration and transport and social acceptance barriers. Measures to ensure that hydrogen is consumed in uses without easy, low-carbon alternatives include targeted support for hydrogen use in industrial applications and heavy transport and discarding market support in sectors where electrification is possible.
So far, typical support mechanisms for supply formulated in hydrogen strategies include promoting electrolysers. Demand-side mechanisms are mostly absent from the French hydrogen plan but are mentioned in the European and German plans. Without end use-targeted policies, non-optimal uses of hydrogen (e.g. hydrogen passenger cars or injection in gas grids) might be promoted in the longer term.9 Existing plans need to be supplemented by measures to ensure that hydrogen is dedicated to end uses where cheap low-carbon alternatives are not available and that the hydrogen system and other energy carriers complement each other.
In order to achieve a smooth and efficient roll-out of hydrogen, policies should include integrated, long-term planning of the energy system to set a realistic, optimal horizon for the use of hydrogen. All policy support mechanisms should be periodically reviewed and improved if needed. Finally, demand-side policies to develop green or low-carbon hydrogen end-uses, like minimum shares at the sectoral or sub-sectoral level and a robust guarantees of origin system which flags green, or low-carbon hydrogen as opposed to other types, are prerequisites for green hydrogen to be favoured over non-renewable alternatives. Overall, financial support to hydrogen should be also restricted to key uses.

In the global strive to develop hydrogen, European cooperation will be a determining factor in making the region a world leader in hydrogen and paving the path to successful deep decarbonisation.
First, the EU could coordinate the investment efforts of Member States to improve hydrogen technologies. Mutualising resources for hydrogen over Europe could accelerate cost decrease of hydrogen production by i.a. making sure lessons from pilot projects benefit all states, with for example a fair distribution of activities across Member States like was attempted for batteries with the European Battery Alliance10 . This could be the opportunity for Europe to build leadership on hydrogen at the global level, in particular while China—where economies of scale have more potential—is rising as a serious competitor.11 The European Commission’s hydrogen strategy is a step towards achieving that goal, for example with the founding of the European Clean Hydrogen Alliance, which is meant to implement the investment agenda for hydrogen.
Secondly, the EU could also take the lead in the definition of sustainability standards and guarantees of origin so that conflicting definitions between Member States do not hinder integration of national energy systems and hydrogen exchange between countries. The French and German hydrogen plans as well as the EU strategy advocate for certification mechanisms for types of hydrogen and of hydrogen-derived products.
Thirdly, the EU has a key role to play in consistent long-term planning of the energy system that includes hydrogen at the European level. The associations for European electricity and gas transmission network operators (resp. ENTSOE and ENTSOG) have started crafting scenarios together for better integration of the electricity and gas system. Future energy planning should fully take into account the hydrogen development pathways in Europe to enable synergies between the systems. 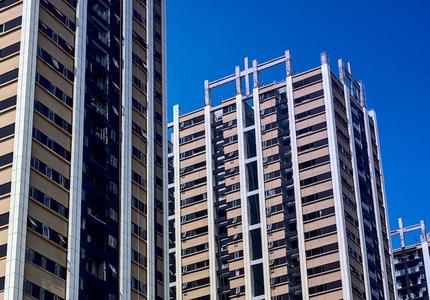 Energy renovation of buildings in the French recovery plan: an opportunity to be seized and pitfalls to be avoided